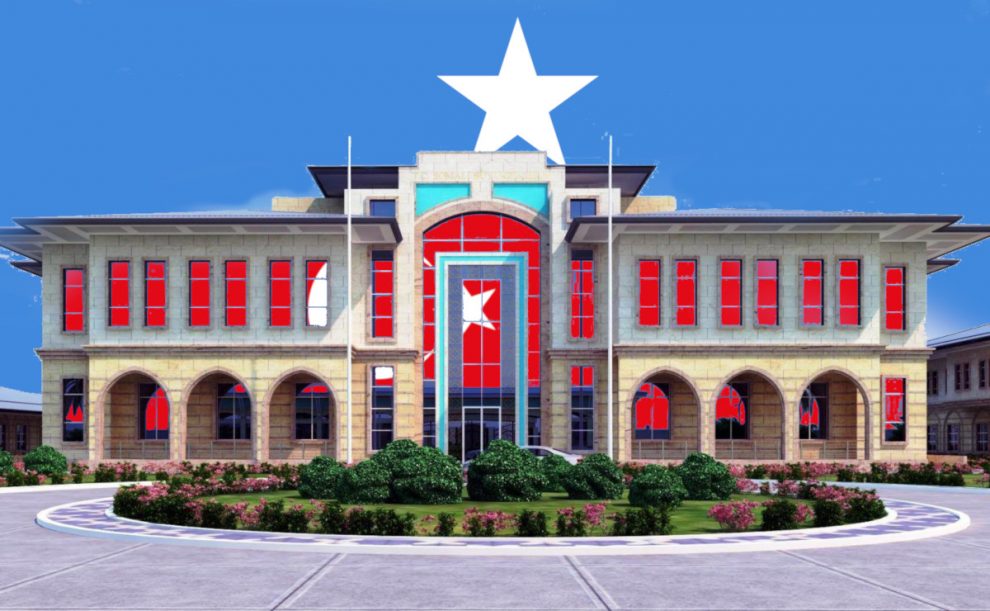 Turkey plays a significant and important role in Africa, now it can bring Somalia and the Somaliland administration to the table and arbitrate a long-lasting solution for all.

Former Turkish Ambassador to Somalia, Dr. Olgan Bekar, was named Turkey’s special envoy in the Somalia-Somaliland talks early this year. He is a well-known diplomat in Somalia and the larger East Africa region. He served as the Turkish Ambassador in Mogadishu – Turkey’s largest diplomatic mission in Africa – from 2014 to late 2018. He oversaw a diplomatic mission that played a crucial role in acting as a trusted mediator in Somali politics – often arbitrating between the Federal government and the mutinous and unruly Federal member states in Somalia – and channelling the global humanitarian attention and focus to Somalia in the event of menacing droughts and national disasters like Al-Shabaab terrorist attacks.

Over the years Turkey has emerged as a solid, reliable, and benevolent diplomatic interlocutor in Africa since president Erdogan paid that maiden visit to Somalia in the hey-days of the 2011 detrimental famine that engulfed the whole of East Africa. The humanitarian programs were swift, precise and worthwhile. They saved vulnerable lives and communities in Somalia, Kenya, Ethiopia and Djabouti. In the days since then, Turkey’s image as a historical and genuine partner of African states was explicit and apparent to the political classes and the masses.

The geopolitics of the Somali peninsula and the larger East Africa region are shifting swiftly and arbitrarily. Regional players, the Gulf nations, the EU and the U.S. are watching Turkey’s diplomatic and humanitarian initiatives closely. Turkey’s role in the Somalia-Somaliland talks will be consequential. The Somaliland issue is capricious, volatile and topsy-turvy: the stakes are high; violence and emotions are rampant; the political elites are armed with self-serving rhetoric and non-negotiable positions and principals. However, hope in renewed talks isn’t over: earlier this month Somalia’s president reaffirmed his commitment to the Somalia-Somaliland talks spearheaded by Turkey.

Somaliland: Swinging between tribalism and a ‘statehood’?

Since the collapse of the Somali Nation’s state in the ouster of Siad Barre in 1991, no strong or stable authority emerged to fill the political lacuna that emerged. Warlord zones, rebel territories, Islamist militias and tribal fiefdoms scattered the country. However, two rebel groups (predicated on tribal interests and sentimentalities) that played a central role in deposing the military regime of Siad Barre successfully formed autonomous administrative zones: Somaliland and Puntland. The rest of Somalia was under the mercy of brutalizing warlords and tribal militias that tried to over-run each other – elongating the civil war as the international community watched.

Somaliland was formed right after the Somali civil war showed no signs of abating. Tribal elders from the respective tribes coalesced around the tribal militias, and penned down a consensus to establish a peaceful administration. This local grass-root effort brought stability and peace to the North-Western regions – that were named British Somaliland, a courtesy of Colonial heritage and legacy. Ironically, the tribal leaders and elders named the newly formed administration Somaliland, instead of finding a more culturally relevant name. In its initial phases of establishment, secession was not in the agenda and in the consensus framework agreed upon by the elders; in-fact its first leadership cadre was filled with veteran Somali nationalists, freedom fighters and Siad Barre regime military and intelligence officers.

The Eritrea independence referendum of 1993 bolstered the confidence and secession voices within Somaliland. The administrative framework that was established to maintain peace and harmony – unlike the southern parts of Somalia – morphed into a political administration seeking independence and self-determination. This agenda was propagated by tribal elites while other tribes and communities in the peripheries of the administration were indifferent or sceptical of the success of such a political dispensation. Since then, Somaliland was a success story. Carrying out every socio-political step the South of the country could not achieve.

Somaliland had successfully held democratic local and presidential elections, the region prospered under the peaceful bliss economically and socially. Administrative organs are efficient and functioning and the region exudes an image of a state. However, rancid tribalism and violence are not out of the picture, freedom of the press and unionist voices and sentiments are brutally suppressed. Markus V. Hoehnea Somali studies scholars observe how, British Somaliland, once a vibrant epicentre of Somali nationalism and Somaliweeyn ideology has become the burial place of all these ideals that thrived in the 1920-50s.

Relatively productive and substantial talks between the Somalia and Somaliland administration occurred during the transitional government periods. The first of such talks were held in June 2012 in the United Kingdom. The then UK government, along with the EU and Norway undertook efforts to bring the two sides to talk and open a national discourse on their respective political positions. The meeting took place in the famous Chevening house and a general framework was declared to maintain and enhance talks. The then UK foreign secretary, William Hague termed the Chevening declaration as a landmark, and congratulated ‘‘the Somali Transitional Federal Government and Somaliland representatives on agreeing the Chevening House Declaration yesterday.’’

This initial meeting was followed by a subsequent meeting in Dubai. The president of Somalia, Sheikh Sharif Sheikh Ahmed met the president of Somaliland administration, Ahmed Silanyo. This was the first time that the leaders of the two sides met. Somaliland maintained its position of secession, whereas Somalia reiterated that the talks be continued so as to ventilate the issues. Then a year later, the two leaders met in Ankara in the presence of former Foreign Minister Ahmed Davutoğlu. The Ankara communiqué was signed on 13 April, 2013. In the communiqué, the Chevening and Dubai declarations were to be upheld, commitment to dialogue was strengthened, inflammatory language was to be avoided by both parties and a meeting was proposed to be held in Istanbul.

Turkey and the international community are incessantly putting effort for the Somali regime and the Somaliland administration to continue the talks despite the entrenched differences. Both sides are adamant about their positions: Somalia outright rejects any form of secession and Somaliland considers political independence its own right. Turkey’s role in the talks are crucial and paramount for the whole Somali nation and East Africa’s ever contested issues of secessions, sovereignty and political autonomy. Challenges are in abundant in the Somaliland issue. But Turkey is a trusted and reliable mediator.

Since the 2013 Ankara communiqué the Somalia-Somaliland talks had stalled. Lack of political will and the intervention of a trusted third party contributed to this surcease. Turkey offered a life-line to the talks by appointing a special envoy. Both sides welcomed this diplomatic gesture by Ankara. Other regional powers are also manoeuvring their course of actions. The Saudi-UAE axis that is worried by Turkey’s influence in East-Africa and the red-sea and Somalia’s neutrality in the Qatar blockade are watching closely. Somaliland administration president Musa Bihi travelled to Dubai on 10 March for bilateral talks – and definitely Turkey’s role and the talks will be inevitably discussed by the Emiratis.

Somaliland’s perspective in the talks are crystal clear. They anticipate full political recognition at all costs. They are aware of Turkey’s stand in the Iraqi Kurdistan referendum and the Catalan referendum of 2017. But they are aware that Turkey has so far dealt with Somaliland fairly: they have received humanitarian, capacity-building and scholarship opportunities just like any other Somali region. Turkey’s commitments are also apparent, being the only nation with a special envoy for the talks. The international community’s interests in the Somaliland issue is dwindling; Turkey is offering a life-line for the talks and an amicable solution in the long-run.

The Somaliland issue has become complex over the years: it is enmeshed and entangle with both regional and international geopolitics and interests. Somalia and the Somaliland administration are aware of this and leveraging the situations against each other. Somaliland has depicted itself as a bastion of peace, stability and democracy in the global stage – and this is undeniable. Moreover, the administration offers itself as an alternative to the Somali government (often releasing counter-statements whenever Somalia does in geopolitical issues); this has interested the gulf and regional nations who view they lost Somalia and Djibouti geopolitically to Turkey and China. Gulf nations, the UAE in particular is undermining the Somali government in Mogadishu and the Somaliland administration is propped-up as a more-friendly geopolitical partner – the UAE even courts and woos other Somali states in the Federal government.

Moreover, Somaliland is even getting more complex internally. Unionist voices are clearly making their stand in rejecting any form of secession: the Maakhir region incorporated itself into the neighbouring arch-rival Puntland; the Khaatumo region and its populations turned out to be staunch Somali nationalists; whereas in Boorama and Zeila, secession sentiments are drying-up. A resurgent Somali state in Mogadishu (though with all its challenges and short-comings) has worried the Somaliland administration. Internationally recognized secession is absent, and if there is no solution to this dead-end, Mogadishu would ultimately come to impose its political and geographical sovereignty in Hargeisa.

Furthermore, the Somaliland issue is quite ironical: its population flocks to Garowe to get Somali national passports and travel with it globally; they are represented in the Somali parliament and government (the deputy prime minister and speaker of the senate being from Somaliland); yet the political elites in Hargeisa beat the drums of secession. Tribal elite interest is at the nexus of the Somaliland issue: the secession argument is a top-down formulated political agenda; the presence of politicians, artists and intellectuals in Mogadishu underlines this; and within Somaliland, the secession issue is indexed to tribalism and regionalism – the Maakhir, Khaatumo and Awdal states issue confirms this. It is these ambiguities that made the international community to hesitate from recognizing Somaliland – the Eritrean dictatorial regime and the South-Sudan civil war made matters even worse for Somaliland’s prospective secession.

The Somaliland issue is extremely delicate and complex. Numerous power centres have vested interests. Turkey, through its envoy Olgan Bekar, will have to tread a tight rope. The political elite’s interests are crucial in the Somaliland issue. Somalia has to guarantee constitutionally, a fair share of power-sharing scheme with the elites in Hargeisa and have them integrated into the national politics. Somaliland is economically huge and vast in population; it can even become the political engine of Somalia and shape the nation’s future body-politics. The possibilities for fruitful results are high and miscalculations can equally result in detrimental gridlocks. Turkey plays a significant and important role in Africa, now it can bring Somalia and the Somaliland administration to the table and arbitrate a long-lasting solution for all.

Europe’s Turkey resolution: baseless, biased and burning bridges
Runup to 2020: What does US’ Sanders know about Turkey?
Comment