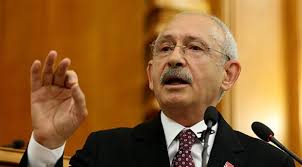 Another week with so many events both in Turkey and abroad is about to end.

Almost the whole world had focused their eyes on the Berlin meeting which was supposed to put an end for the ongoing conflict between the two warring parties in Libya. What we have got at the end of the meeting is unfortunately not a ceasefire that may eventually culminate in a permanent solution. So, a lasting peace anytime soon in Libya is too far too see.

While the whole regional and global actors of the world were so busy “solving” the issue in Libya, Russia and the bloody Assad regime have intensified their indiscriminate assaults on Idlib  like a hungry wolf wandering in a hazy air, and continued to kill dozens of civilians in order to neutralize so-called terrorists . It is clear that the world has become fully accustomed to atrocities perpetually carried out by the Russian forces and the death teams of the bloody Assad regime,  and it  is not able to condemn attacks in Syria as if those who are either brutally killed or forced to be immigrants are not ordinary human beings. What makes the situation even worse is that the world continue to have normal relations with persecutors.

Yet, we have seen such outrageous and inhuman approaches not only from international actors but also from Turkish opposition. For example, the head of the main opposition party of Turkey, Kemal Kilicdaroglu, has recklessly used some expressions concerning those people who had to flee Idlib.  He labelled them as “blood shedding terrorists”.  After hearing these words, it is hard to grasp the degree of hatred Mr. Kilicdaroglu has.

Actually, we should not be surprised and astonished at all due to such remorseless attitudes laid out by the head of the main opposition party as well as his fellows showing similar behaviors. There is a clear reality that everyone sooner or later puts his/her genuine character while talking about a matter. We have one more time bitterly seen how a dark mindset and conscience Kilictaroglu has thanks to this event. We again understand that Turkey doesn’t deserve such a political leader and mentality, which is running for ruling Turkey.