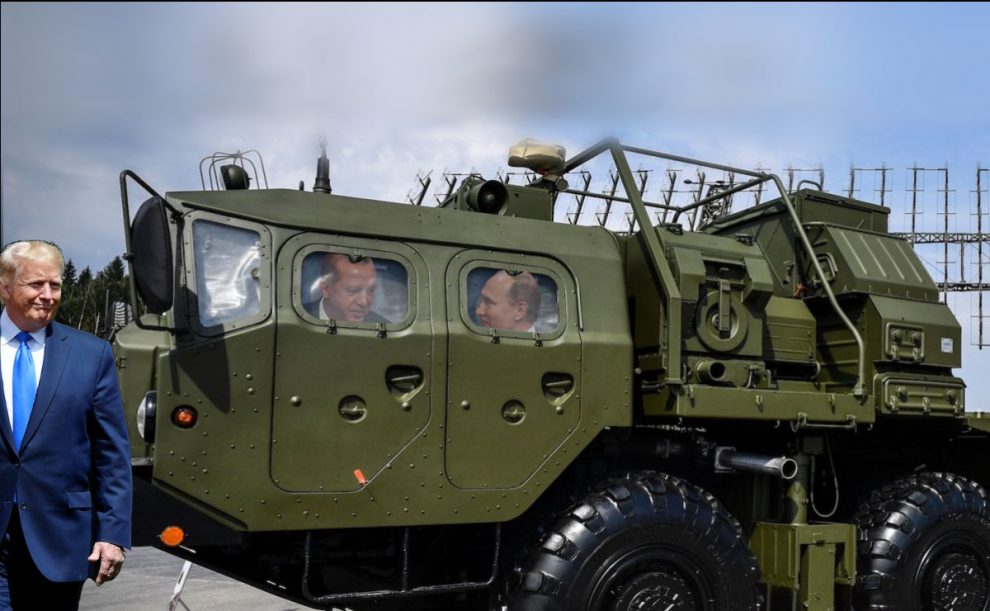 If the US decides to rapture relations between the two allies, Turkey could follow its own path on regional politics.

The Turkish Defence Ministry announced the first delivery of the Russian-made surface-to-air S-400 missile defence systems to Turkey. Turkish TV channels broadcasted the moments when the Russian systems were transported from the airplanes into the Murted Air Base near capital Ankara. This move comes after threats by the US Senate to kick out Turkey from the F-35 fighter jet program and to impose CAATSA sanctions. However, sanctions being imposed by the US might trigger Turkish decision-makers to end the stalling negotiations over a safe-zone in northeastern Syria and start a unilateral military operation against the YPG terror group.

Since the Turkish decision to launch a military operation into Syria in December 2018, the US declared its intention to withdraw from Northern Syria immediately. Later it started negotiations with Turkey over a safe-zone and lastly ended its complete withdrawal plan and invited European countries to take more responsibility in Syria.

While Germany rejected the US demand, France and the UK agreed to increase their troops in Syria by 10-15 percent, they are currently deploying an estimated 400 soldiers. Meanwhile, Pentagon officially requested a $300 million budget to support the YPG-dominated Syrian Democratic Forces (SDF) in Syria. The budget includes arms and equipment supplies and foresees the training of 61,000 fighters and to pay stipends to 24,000 fighters ranging from $100 to $400 per month.

Additionally, the YPG itself is taking actions on the ground by forming allegedly local forces, which is an essential part of US-Turkey discussions. The US Special Envoy James Jeffrey repeatedly underlined that the YPG would have to withdraw from the safe-zone, but the formation of 15 different military councilsby the YPG is seen in Ankara as a new step to rebrand the YPG similar to the formation of the Syrian Democratic Forces. Actually, the military councils are being established on the YPG model by the YPG itself. The PKK has used front groups as part of its propaganda and war strategy for decades.

Currently, in the negotiations that have been taking place for more than a year and a half, the level of progress has been very limited. The stalling of negotiations is taking too much time. While Turkey demands full control, the US side wants a smaller safe-zone without any Turkish control. Also, the fact that the Manbij Roadmap wasn’t implemented for over a year remains as a clear sign of the problematic nature of the US-Turkish negotiations. While Turkish and American delegations discuss and negotiate, the YPG and CENTCOM hand-in-hand torpedo the process and prevent its implementation. Recent moves indicate that CENTCOM again has taken the lead in Syria.

Turkish authorities on the other side are losing patience despite their high willingness to find a solution together with the US.

In recent days, the Turkish Armed Forces have amassed troops along the Syrian-Turkish border adjacent to the YPG-held areas. The convoys to the border region include Turkish soldiers who took part in Operations Euphrates Shield and Olive Branch. Heavy armoury, including tanks and howitzers, have been deployed. The Turkish Armed Forces cancelled all vacations for 3 months. Also, open-source radars indicate that Turkish fighter jets were flying near to the Syrian border collecting information over the enemy.

A common understanding in Ankara seems to be that general trends in US-Turkish relations might influence the US position on east of the Euphrates. There seems to be little belief that the stalled negotiations over the safe-zone may result in a workable deal in case of an overall Turkish-American crisis. Therefore, the Turkish side is preparing itself for all scenarios. Statements by the Trump administration about the Turkish purchase of the Russian S-400 system increased hopes in Ankara that sanctions might be prevented. However, if the US imposes sanctions on Turkey, hurting critical sectors and its economy, the safe-zone negotiations will most likely be dead in the poisoned atmosphere of bilateral relations.

In a scenario where US sanctions are imposed and safe-zone negotiations end, little remains in the way of Turkey to start a unilateral military operation against the YPG threat. When hopes for a Turkish-American understanding dies, and Turkey faces sanctions, decision-makers in Ankara might go for this option and get rid of one national security threat at least before the effects of sanctions become noticeable.