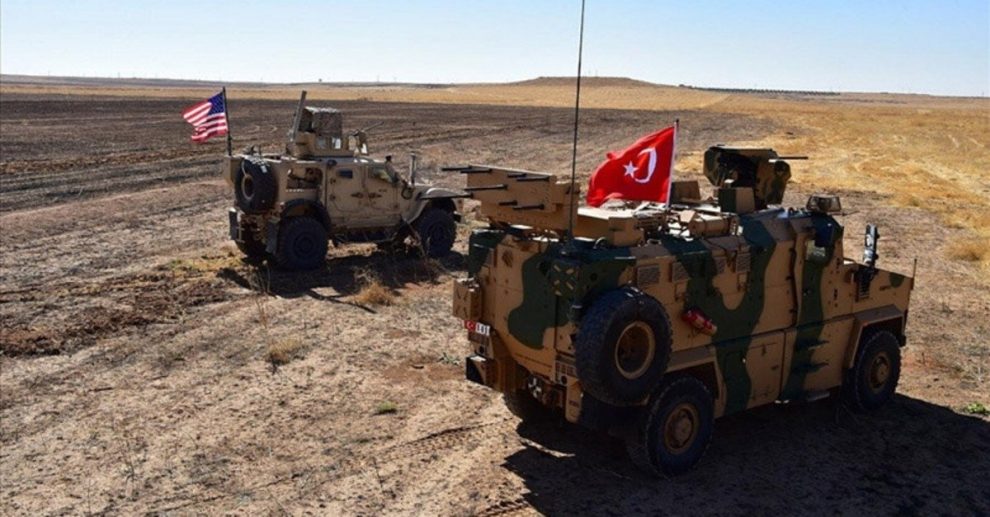 As an answer to a question regarding a trilateral meeting between the defense ministers of Türkiye, Russia and Syria, U.S. State Department spokesperson Ned Price told reporters: “We do not support countries upgrading their relations or expressing support to rehabilitate the brutal dictator Bashar Assad … We urge states to carefully consider the Assad regime’s atrocious human rights record of the past 12 years as it continues to inflict atrocities on the Syrian people and to deny access to life-saving humanitarian aid.”

Recently, President Recep Tayyip Erdoğan has reiterated his openness to normalize relations with the Syrian regime and even meet Bashar Assad. The administration of the United States thinks normalization with Assad is wrong and opposes the Turkish government’s policy change. In fact, Americans are right about restoring relations with the brutal Syrian regime. However, the problem is the American administration itself led the course to come to this level.

We all remember U.S. politicians’ statements about “overthrowing dictator Assad.” However, Assad is still in power despite U.S. promises given to the Syrian people. What is more, while Russia helped the regime to resist public riots, Washington chose the PKK’s Syrian affiliate, the YPG, as its proxy and focused only on fighting Daesh, ignoring the “regime brutality.” Due to the U.S., the YPG has now a de facto autonomous administration in northeast Syria. While the U.S. Army granted billions of dollars worth of weapons to the terrorist group, it left the Syrian opposition alone. When Russia and the regime massively bombed Idlib and its vicinity, U.S. officials preferred to remain silent since their concern was only for YPG-controlled areas. They also prevented Türkiye from clearing northern Syria of PKK/YPG terrorism.

On the other hand, the Turkish government has been protecting Syrian civilians both in Turkish territories and Syria. Although it suffered a lot from the burden and damage of saving so many lives, it received no help from its NATO ally America. To reduce the cost, the Turkish government has had to maintain its relations with Russia but certainly, it only froze problems emanating from Syria. The refugee problem continuously hurt Türkiye, and the Erdoğan-led government desperately tried to find a solution to it. Eventually, after understanding that it is alone in this issue as the U.S. and Europe did not share the burden, it had to mend ties with the brutal regime. Thus, it can be said that compelling conditions force(d) Türkiye to open a new page in Syria, and the U.S. has a role in the emergence of such conditions.

In addition, while the U.S. claims to be opposing the Assad regime though it never fought it, it is almost obvious that Washington opposes Türkiye due to its Syria policy, too. The Turkish state never accepted the U.S.-YPG alliance and saw it as a betrayal, yet it continues. Türkiye would love to meet U.S. officials in Washington to find a permanent solution to the Syrian civil war instead of holding meetings in Moscow, but Americans were happy to host terrorist leaders in their capital and highlight their support to Türkiye’s archenemy.

In fact, if the U.S. honestly and seriously contacts Türkiye to end the conflict in Syria, the Turkish government will welcome it. As stated above, what brings Damascus and Ankara together is not because they have common interests but to diminish the damage. However, the U.S. administration should first decide whether it will give up supporting its terrorist proxy YPG. As long as Americans see the YPG as an ally and stand behind it against its NATO ally Türkiye, a reconciliation with the U.S. on Syria will be out of the question.

Therefore, Washington should immediately stop upsetting Türkiye in Syria and push proxies aside so that the two NATO allies can shake hands for a new era. I guess the Turkish government is ready despite America’s wrongdoings. It just expects a step forward by the U.S. administration and the U.S. Army parting ways with the terrorist organization. If the matter is really fighting Daesh, they should look at how safe areas controlled by the Türkiye-backed opposition groups are.

Saudi Arabia milks Ronaldo, for what it’s worth
Turkey is Testing of Digital Lira