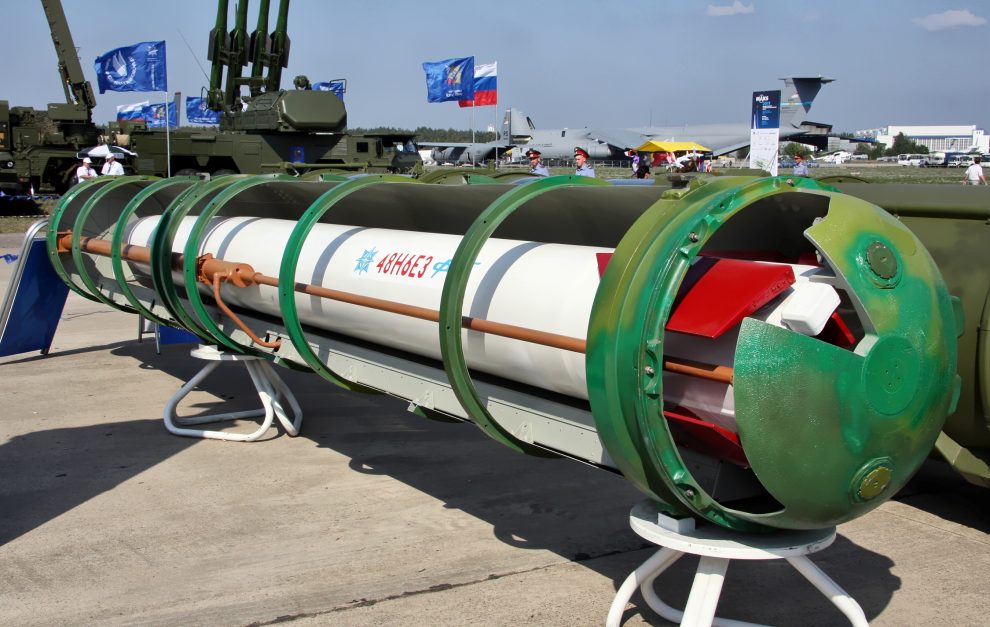 The U.S. is trying to push back with more alternatives to Ankara’s S-400 missile deal with Moscow that resulted from it offering no better option

Ankara and Moscow signed various agreements on the S-400 missile defense system sale over the last two years, and then finally they even produced a delivery date. When Ankara wanted to backpedal for financial reasons, Moscow offered credit. Now everything seems to be settled. Yet U.S. officials still believe their offer for an alternative missile and air defense system can work out so Ankara would toss out the Russian deal.

One senior U.S. official said last week that Principal Deputy Assistant Secretary Tina Kaidanow, who heads the Bureau of Political-Military Affairs, would travel to Turkey this month and deliver the U.S. proposal on the missile defense system. A senior Turkish official said the visit will be on March 31 as part of the ongoing Turkish-American Defense Industry Dialogue.

U.S. officials continue their efforts to prevent the Russian deal for mainly two reasons. First, they believe the system will hinder NATO activities in Turkey because, they say, it could gather data on NATO installations and transfer it to the Kremlin. Another concern is that the S-400s would perceive Turkish and NATO planes as an enemy and create unexpected difficulties in the future. This is why it is almost certain that the system would not become part of the NATO missile defense umbrella.

The second reason is the Countering America’s Adversaries Through Sanctions Act (CAATSA), which mandates U.S. President Donald Trump to sanction people and companies who have defense transactions with Russia. The U.S. State Department has so far avoided using this law to sanction allies. Turkish officials have repeatedly said that the S-400 deal was completed before the passage of the CAATSA, but Washington seems to disagree. Due to the legal language, many in Washington and Ankara believe U.S. officials have a leeway to decide which act itself constitutes a violation of the sanction – some say the delivery of the missile systems while others say activation of the systems could invoke the sanctions.

Analysts in the U.S. media argue that the S-400s would be ineffective for various reasons and there is no Turkish interest to pursue them. Senior Turkish officials, citing the conflicts around Turkey, say they went down this road due to the U.S. refusal to provide a similar system for the past couple of years, largely due to congressional blocks. One Washington think tanker speculated that the S-400s would be purchased to protect the Turkish Presidential Complex. Turkish officials did not dismiss the claim, because according to them, they are absurd.

A senior Western diplomat, who spoke on condition of anonymity, had different reasoning, that the S-400s might have been part of Ankara’s reconciliation deal with Russia in 2016. Indeed, Turkey did not pay compensation for the Russian jet it downed in late 2015 for violating Turkish airspace. The pilot was also killed in the incident.

“Russia can come up with these demands. They could very well make the S-400 sale one of the conditions for the rapprochement,” the Western diplomat said. Some Turkish observers agree with this scenario, but in any case, no one can provide any proof.

Ankara, on the other hand, has enjoyed the U.S. concerns over the sale because it leveraged Turkish objections over the People’s Protection Units (YPG), the Syrian affiliate of the PKK terrorist group. The rapprochement with Russia offered Turkey a great deal in Syria, from Jarablus to Afrin, and a deal to provide territory for the Syrian opposition in Idlib.

Now Washington is trying to push back with more alternatives and working groups. One senior Turkish official speculated that both the S-400 and Patriot deals might very well succeed. It is up to Ankara to activate the S-400s, but the last word on the Patriots would depend on President Recep Tayyip Erdogan’s calculations.