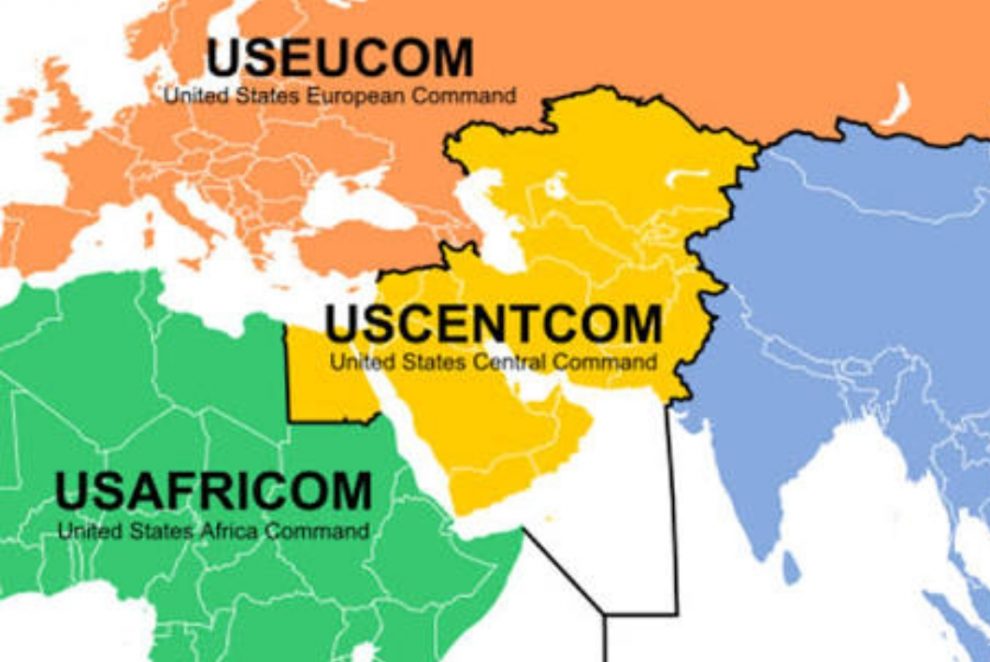 The following “news item” is as good as the Agence France-Presse (AFP) story on Turkish bombardment of a hospital in Afrin. You know, that story of how Turkish warplanes killed and wounded tens of people including doctors and hospital workers. The one the BBC repeated a million times and hosted on their website where it was retweeted and tweeted about thousands of times. Now please read this:

“Officials say that U.S. European Command [EUCOM] and NATO Supreme Allied Commander Europe. U.S. Army Gen. Curtis M. Scaparrotti is going to assume the duties of Joseph L. Votel, commander of U.S. Central Command in Syria. Gen. Scaparrotti has been critical of Gen. Votel’s policy of creating a fighting army out of [People’s Protection Units] YPG terrorists in the northern Syria. This report was confirmed by the Pentagon Janitors Union.”

I could prolong this into an eight-column story and every line of it would sound as good as the BBC’s report, which the BBC claims, was confirmed by the Kurdish Red Crescent. That story stayed on the BBC website all night long. At dawn, Turkish drones rubbed the BBC’s and AFP’s noses in their lies: Turkish drones sent fresh video from the hospital that was intact as any hospital in south London or north Paris.

Did they apologize? Of course not. The text was so craftily engineered that one could not blame them: “someone said it; we innocently reported it.” Using expressions like “verified by officials” they hoped to (and actually did) con their viewers and followers. (Question to AFP reporters: where is the office of the Kurdish Red Crescent in Afrin?)

Enough about the dishonest, two-faced-Judases of the Western media and back to the two supreme U.S. commanders.

U.S. Army Chief Gen. Curtis Scaparrotti, while trying to scare U.S. lawmakers to cough up more money to NATO so that the Western alliance could have more troops, ships, planes and munitions – including an aircraft carrier battle group – to shore up his hand against Russia, said not once but several times that he and his counterpart Gen. Votel in Syria have been “working together and talking continually about Turkey’s strategic importance as an ally. I don’t know about you, but in my humble world, if I report to my supervisor that a colleague and I are still working together on a concept and talking about it continually, I simply mean: Hey boss, that man doesn’t get it. Do something about it!”

Why do the two supreme commanders of two major U.S. forces need to tell each other that Turkey is an important ally? Do you do that if your interlocutor agrees with you? A U.S. general can only say that much to a congressional committee (especially if the committee is working on your department’s spending bill) to point out the differences of opinion among the ranks.

Besides, you don’t need to say more than that especially when one of the generals is known to be acting as if there is no such ally as Turkey nor a military as Turkish Armed Forces. Gen. Vogel, the commander of U.S. Central Command (CENTCOM) in Syria selected the YPG as his main partner in his fight against Daesh. He trained and equipped almost 30,000 men, women and children of Kurdish origin. He thinks they are “Kurdish fighters.” But as the New York Times, Washington Post and U.S. Director of National Intelligence Dan Coats agree, the YPG is the PKK’s affiliate in Syria.

Now that the members of that terror organization took to their heels from Afrin, leaving millions of tax-payer dollars’ worth of ammunition, rocket launchers and guns, there is only one way out from Votel’s blind-as-a-bat policy: His duties should be assumed by Gen. Scaparrotti. No wonder Votel’s fraudulent army of impostors could not defeat the Daesh terrorists for the last two years

US to push for alternative to S-400 sale in visit to Turkey
In International Law subsidiary: Can war be just?
Comment