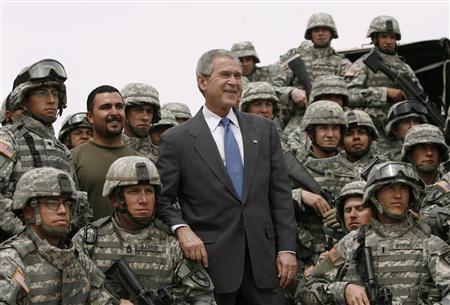 Carl von Clausewitz, an experienced general and well-known military theorist, proposed that the conscious conduct of war — strategy and tactics in geo-politics — should be a continuation of rational calculation of politics,” or simply, war as an instrument of policy.

Generally war is defined as “a widespread conflict between political communities” (Oxford Encyclopedia). For instance, war may be justifiable or necessary, as World War l or World War ll, when the national independence of a sovereign state requires defending its territorial integrity and national security from supranational religious zealots and fanatic autonomist ethnic groups.

While a just war theory is within discourse, its hawk and pacifist alternatives are challenges to the philosophical and moral mainstream, which holds to the idea of the “just war” as subsidiary with international law.

For the pacifists, war is always morally wrong. Philosophically there is neither a justifiable war nor a necessary one, because war is an abstract and dark social phenomenon. War is never justifiable, because the suffering and the death of innocents is inevitable. Then the justification of war for independence, a struggle against occupation forces, is a “necessary” war in order to liberate the people and the land from a brutal foreign colonizer, like the Algerian liberation war (1954-1962) that ended 132 years of French occupation.

However, the means used by resistance movements do not forcibly justify the end, the disproportionate use of lethal weapons and political power, and the influence of the conventional enemy’s argument that attacks on soft targets, (civilians in markets and cafés) are the result of the arbitrary arrest and jailing even of innocents; add to that the torture and collective punishment, demolishing of houses and bombing of civilians in order to eradicate the resistance, i.e., a military policy practiced by Israel’s army in the Occupied Territories.

Thus, the case of a necessary war yet not a justified war is World War ll. The Allies had to destroy Hitler’s military arsenal and his xenophobic ideology; they could not afford just to contain it. Despite the very high number of civilian losses during this horrible war, it was still the most necessary war to wage because of its political ramifications, not only in Europe, but worldwide. Since then, the democratic nations have created a new world body, the United Nations, whose mission has been to establish peace and security in the world and to powerfully dissuade any daring fascist regime from ever rising again…

Yet the U.N. is facing severe critics for its inefficiency to intervene and bring stability and security to many of the world’s hot spots, notably in the MENA region. Its critics qualify it as a large NGO, delivering minimum humanitarian aid in Syria, Iraq, Yemen, Somalia and Libya, this if it were authorized to act by the belligerents. Its Security Counsel is irrelevant because of the permanent membership of the “Big Five” and their heterogeneous geopolitical interests and world vision.

Fifteen years ago, the neo-cons and then-President George W. Bush bypassed the U.N. to invade and occupy Iraq, arguing the war was necessary for both the U.S. national security and the region’s stability. Hence Iraq has become the center of sectarian and ethnic conflicts and the region’s cradle of instability for foreign states’ forces and supranational radical religious movements. States and state-less groups like al-Qae’eda and its franchise ISO on one hand, and sectarian militia groups like al-Hachd a-cha’abi and its factions on the other, have emerged as the principle new players, whereas the main stated goal was regime change and democracy.

The equation of “regime change” that was supposed to be followed by a rapid nation-building or peace-building process has brought about a new type of war in which states are fighting state-less, dystopian groups that have neither a country of their own nor a political goal.

In terms of human cost Iraqis have paid the ultimate price for this new concept of preemptive war and imminent threat for the mistakes of the scornful elite in Washington D.C., London think-tanks, and Arab leaders in palaces for the vengeful sectarian religious and nationalism hegemony. This comes after having paid for decades due to the paranoia of a tyrannical regime ironically supported by the West.

In this stance the on-going proxy and civil wars in Syria, Yemen and Libya are extending further the humanitarian tragedies in the region. According to the latest report of the UNHCR regarding Syrians, there are 5 million refugees across the MENA region and 6.1 million displaced within Syria.

This large-scale exodus is the second humanitarian disaster in the region since the 1948 Palestinian Nakba. These wars are not defined as frontier wars — a war between two countries — or an alliance against an axis enemy like World War ll and the Second Gulf War in 1991. Yet the U.S. invasion of Iraq in 2003, and these days in Syria, therefore the Russian, Iranian and Turkish military forces and militias’ presence on the Syrian soil are illegally initiated and politically misled.

Nonetheless, the “war and peace” imperatives of the super and regional powers have become forces of occupation in Iraq, Syria, Yemen and Libya in the eyes of the pacifists and the legalists across the region. A new hegemony paradigm is pushing the Arab States to the periphery, putting the dystopian forces in the center that have emerged from these unjustifiable wars that are shaping these countries’ societal and political systems.

Because these destabilizing actors are implicitly posing a serious threat to the U.S. and Western countries in general interests in the region and to their national security, to this point the U.S. launched a global “war-on-terror” under former-President Bush, continuing under former-President Obama and continues vehemently under President Trump and his Intelligence program.

Accordingly the creation of an assorted kind of alliance with Ankara in an odd vision and strategy in their “war-on-terror” in Syria.

The anti-war camp, the legalists and the elite questioned the accomplishment of the U.S. invasion in 2003; the supreme goal of toppling Saddam’s regime was to put a pro-American, democratic, political system in Baghdad and the whole region would follow suit through the domino effect.

Consequently, Iraq today is still in a coma, not to mention the notion of a nonfunctional state, and a new Regional Disorder has been born, making Ayat Allah al-Khomeini’s geo-political dream come true, destabilizing all the U.S. allies in the region (except Israel), pushing the masses through political cynicism and the elite to skepticism, digging deeper the ditch between the elite and the masses, and rhyming the word democracy with anarchy in the entire region.

So, to Carl von Clausewitz, “defense without active purpose is self-contradictory both in strategy and tactics.” When political leaders say they hate war, they should not capitalize on war to get elected and govern; but make sure the outcome of their war shows it is a continuation of rational geo-political calculations to measure their leadership scale and eventually morality and ethos, not just be driven by their egos.