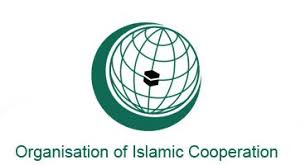 We are surrounded by tides of change, and the issue of Jerusalem in the present day reflects this more than ever. The pulsing passion is born of a sharp awareness that our unity is necessary, now more than ever, if we are to preserve the integrity of our countries, the future of our societies and the very vitality of our civilizations. Why is this so? Because this is the last line. Our histories feature a painful, slow retreat of concessions, fragmentations and divisions. In the words of President Recep Tayyip Erdoğan, to lose the holy city of Jerusalem would just be the beginning. From there, who is to say that the holy city of Medina would not be next? From such a loss what would stand in the way of losing the sacred city of Mecca and its holy sanctuary all steeped in meaning and history, a source for all that came after and all that has come to pass.

In Turkey and around the world, worshippers streamed out of mosques and homes with a shared destination, Muslims around the world raising their voices in united, righteous cause for an issue that has long served as a uniting force throughout our history, our consciousness and all that we hold dear.

In Turkey alone, over 39 gripping demonstrations took place, filling the streets of this ancient city with its diverse history, experiences, pains and joys, brought together under a common cry transcending belief, politics and race. That this was extraordinary cannot be emphasized enough, made all the more striking by the fact that this beautiful scene was repeated in multiple capitals around the world. Strangers, unknown to one another, without international direction, gave voice to the issue that remains the quintessence of all that it means to seek justice.

In Turkey, we are raised to love Jerusalem, taking inspiration from the unwavering dedication and courage we see on a daily basis from dignified Palestinians as they face down incessant brutality, injustice and cruelty. They are heroes of a different order, emerging from the mists of a bygone past to remind us of a life lived in struggle to a higher cause, serving to bring us humility and renewed dedication to this most noble purpose.

For Turks, Jerusalem is not a matter of foreign policy, but rather a pressing internal issue that touches the heart of daily life, permeating our culture, our consciousness and ranking highly on our list of dear priorities.

To all ends and purposes, Jerusalem remains the beating heart of the Muslim world that can be traced along a historic lineage of solidarity, defense and commitment dating back to Ottoman times for Turkey, and for others, longer still. The apocryphal words of Sultan Abdülhamit II, held with national pride in spite of political leanings, resonate with the popular will and sentiment. When offered wealth to repay the debts of the Ottoman Empire, he bluntly responded that he would rather be cut into pieces than give up this most holy land.

In truth, what we witness today is not a setback. In this light, perhaps we associate feelings of despair with the Palestinian issue simply due to the dormancy of the issue. For too long, too little has happened in spite of the gradual encroachment on the sanctity and integrity of Palestine. The popular sentiment, shared by well over 1.5 billion Muslims, has not dimmed in the light. Our despair, however, is unfounded. U.S. President Donald Trump’s speech, as ill-advised and impetuous as it is, might very well lead to a change in the legal status of the city, and may very well pressure other states to follow his path in normatively defining international law on this matter due to economic and security relations with the United States. For them, they have no choice but to adopt the same position. The will of the people, however, remains galvanized and singular, and this is something we should take heart in, as it remains unchanged.

It seems ineffectual to do so, but let us bear in mind that we stand poised on the precipice of change. For the first time in centuries, the Muslim world has only begun to find its balance after successive waves of colonization, war and strife, eclipsed by the traumatic disintegration of the Muslim world we knew.

In truth, we are not alone. The world is united in its solidarity for the Palestinian cause, as evidenced by the outstanding acclaim we see in the stand of nations for it. If not for the singular repetitive U.N. Security Council veto employed by the United States, the Palestinian status quo would be altogether different. The clear voices of the European Union, Canada and France, for instance, in spite of their deep, longstanding ties with the U.S., are further evidence of the shift in tides toward the better.

Only a few days past, leaders from the Muslim world gathered in Istanbul at an Organisation of Islamic Cooperation (OIC) summit in a show of unity to address, for the first time in a long time, an issue of singular significance. But something has changed. We have heard the widespread voices of the world, the existence of which we doubted for some time. We have tasted the sweetness of solidarity, and witnessed for ourselves that the flame has not died, that honor lives and the will of the peoples is clearly manifest. This is only the beginning of the path, as overwhelming political will is translated into concrete action. What was lost over a century cannot be reclaimed in a day or even in one campaign. We require a gradual, systemic, informed approach drawing on our shared strengths with a pragmatic and untiring commitment to a future that is possible if we only make the effort. We have to seize the day and intensify our efforts now more than ever, seeking to make the best of this unique moment in an opportunity for unity like no other.

How Afro-American babies were used as alligator bait
Turkish-US relations: Is there still a way forward?
Comment