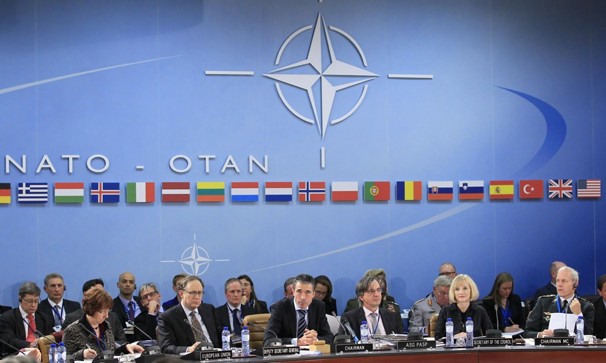 Rumors that Turkey may quit from NATO are at their peak nowadays. If you look at the issue from Western point of view you can believe that only Turkey is guilty since it rapproached Russia and decided to buy S-400 missiles. Thus, Turkey must be ousted from NATO. Yet, article 13 of NATO agreement instructs that a country’s membership can not be terminated unless the member does it on itself. On the other hand, Turkish perspective says that it is NATO that estranges Turkey from the alliance.

Currently, No.1 of failed July 15 coup plot, Fetullah Gullen, lives in USA which is No. 1 country of NATO, and No.2 Adil Oksuz lives in Germany, No.2 country of NATO. We can actually argue that No.1 and No.2 are sheltered by big NATO countries and there is no sign of extraditing them. In addition, 90% of FETO fugitives live in NATO member countries. Their only job is to conduct smear campaigns against Turkey.

It is not necesary to be with a criminal when he commits a crime in order to detect his being the perpetrator. If this was the case, almost nobody would be in prisons. Even if a criminal doesn’t confess his crime, one can understand his being guilty by tracing evidences. In order to find out plotters and collaborators, just looking at by whom they are protected may be enough. Normally, NATO countries were expected to detain and dispatch putschists to Turkey. Yet, they let them live in their countries safely and accused Turkey for violating human rights. Unfortunately, their attitude towards putschists is very friendly and protective when compared to victims of failed coup.

Besides, NATO removed Patriot missiles deployed in Turkish-Syrian border. Since then, Turkey is vulnerable to any air attack and still waits for an explanation about the reason of removal. When Turkish jets downed Russian fighter in November 2014, some NATO members blamed Turkey for overreacting, which is not an excuse in NATO agreement, and stated they would not protect Turkey in case of a war.

There is also a dispute over sales of weapons to Turkey. As Turkish defence bureaucracy claims, an undeclared embargo is implemented on Turkey for procurement of NATO-made weapons. NATO countries either do not give spare parts used in indigenous weapons or they don’t sell finished ones. Hence, weapon production decelerates and exporting them becomes impossible. Such a policy is definitely very hostile, and what is worse is that this hostility comes from NATO members which are expected to sacrifice themselves for Turkey during a state of war. So, Turkish people question whether NATO is a foe or friend.

Moreover, NATO members, particularly USA, arm PKK’s Syria branch, YPG/SDF, evacuate DAESH members from Raqqa, and still charge Turkey for helping DAESH. Obviously, Turkey is suffering from NATO actions more than non-NATO countries inclusing Russia.  When Greeks blamed NATO for letting junta coming to power in 1974, they quit NATO. Seven years later, in 1981, Greece was both an EU and NATO member. Now, Turkey is in a state of de javu, and perhaps it may result in breaking up with NATO. Turkey’s destiny may be different than that of Greece in terms of results but as for reasons, Greek history of 1970s repeats itself for Turkey.

Finally, as a few words about Turkey’s distancing itself (more correctly being distanced) from NATO,  if USA had sold Patriots toTurkey, it would not buy S-400s. If it strives for production of indigenous weapons, it is because it doesn’t trust its allies. If it cooperates with Russia and Iran in Syria, it is due to USA-PKK alliance in Northern Syria. Therefore, it feels deceived and looks for new ways to defend its territories. Think of a  bird; If you don’t feed it and pull its feathers, do you think it will continue to live in the cage?