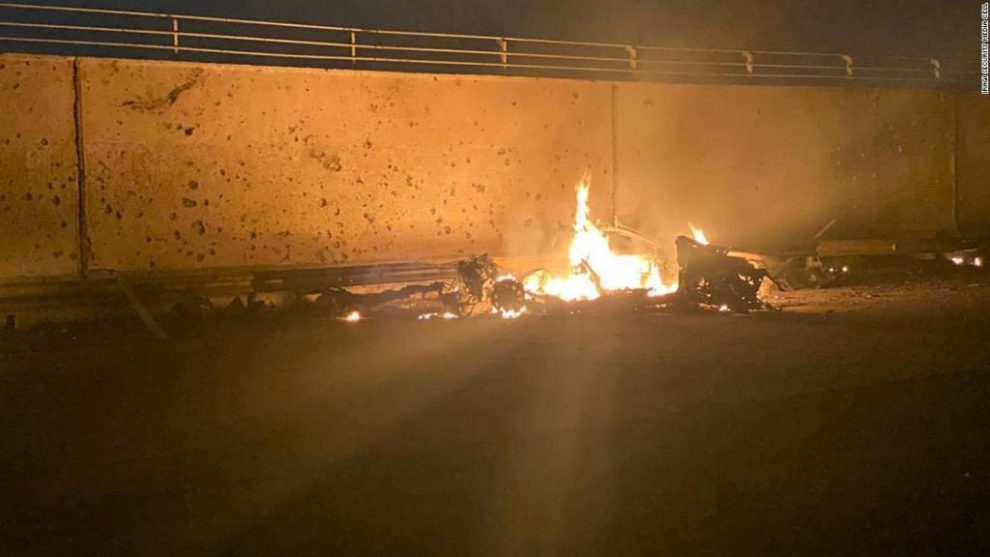 The world was rocked by the breaking news concerning the assassination of the leader of Quds Forces of Iran, Qassem Soleimani. He and Iraqi paramilitary leader Abu-Mahdi Al-Muhandis were killed during an attack conducted near Baghdad airport by an American drone. This man was among the most prominent Iranian top-level generals who was appointed by the Iran’s supreme leader for almost 20 years ago and has worked as the leader of Quds Forces which is tasked to conduct Iran’s detrimental expansionist and sectarian policies in the Middle East.

When looked at from a broader perspective, what Quds Forces or its derivatives like Al-hashd Al-shaabi are trying to do is completely crystal clear. These paramilitary organizations , branches of the Iran’s Revolutionary Guard Corps (IRGC), and the Assad regime are responsible for the deaths of myriad of innocent people both in Syria and Iraq by military and logistics support of Iran. Besides, this commander was not only used by Iran but also by the US allegedly to fight ISIS. It seems that the US should have seen him no longer necessery and decided to kill him, using the attack on US embassy in Iraq as an excuse.

Aftermath of the death of Soleimani, as usual, we heat various “harsh” statements regarding some probable retaliatory moves to come from Iran side against the US. But for me, all of these threats mean barking but not biting. More clearly, Iran will do nothing to Americans.

It is a stark reality that Iran has never been a genuine Muslim country that a bit cares about the Muslim communities particularly Sunnis. On the contrary,  it has always placed itself on the side of persecutors in order to either boost its sectarian influence or increase its expansionist policies in the region. Such guys like Soleimani and their overt and covert activities have always been used as tools to invervene domestic affairs of regional countries in order to help Iranian administration to increase its influence.

Therefore, even Soleimani was killed by Americans, Muslims should be happy with his death as the region has got rid of a brutal man. That is not to say that we should approve American aggression. We just mean that we do not care who killed Soleimani. He is dead and the Middle East is more likely to be a peaceful region, at least for a while.