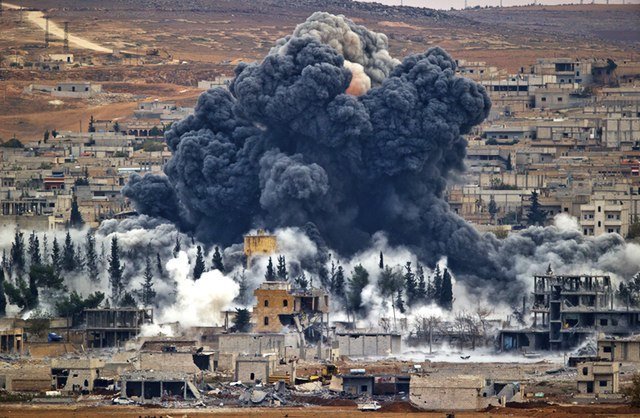 Washington’s unreasonable policies on Syria leaves the U.S. isolated while escalating conflicts and instability in the region

Former Pentagon Chief Chuck Hagel said in an interview to defensenews.com: “Well, I don’t think the United States is going to be anywhere near making that final decision. How could we? What capabilities, what leverage do we have? What card do we have? Two thousand people in northeastern Syria? To do what? The Russians are [there], and they’re not going anywhere, they’re in big time. Assad gets stronger every day. The Iranians are in there, they’re not going. The Turks now are opposed to us. So the question is: How is the U.S. going to influence the outcome of Syria?”

Training and equipping the PKK’s Syrian affiliates led to the terrorist group’s ravaging Arab cities with air bombardments and causing forced migration. They lost all the trust of the Syrian opponents, as they did not take any action although they claimed that their primary target was the Assad regime, while Assad resorted to chemical weapons, which is a “red line” to them, numerous times. Meanwhile, they remained as mere spectators when Iran and Russia and consequently Assad seized control over a substantial part of the country. Besides, since they trained and equipped the PKK, which poses a primary threat to NATO ally Turkey’s security, the group developed closer ties with Russia and Iran and pushed its stance against Assad to the background. This does not sound like an accomplishment, right?

Furthermore, we know that the Geneva process has lost its meaning and can only be revived if compounded with the Astana talks conducted by Turkey, Iran and Russia. Considering that the U.S.-backed People’s Protection Units (YPG) controls only 23 percent of the country, it can be contended that the U.S. does not have big leverage in field. So, what is going to happen next? The U.S. has to acquire new allies in the context of the Syria talks. Since Assad cannot be one of these allies, would it be reasonable for the U.S. to align itself with Turkey, as it does not want to strengthen the hands of Russia and Iran much more? The first step toward this might be taking back the heavy weapons and tanks provided by the U.S. from the forces positioned in areas where Daesh has been eradicated. Also, it is not a secret that U.S. pressure would be enough to completely purge YPG forces west of the Euphrates. It will not be convincing for anyone if the U.S. aligns itself with a group that comprises 5 percent of the country in terms of ideological engagement at a table where the future of Syrian Kurds is discussed.

Turkey, which purged 2 million square meters of land from Daesh during Operation Euphrates Shield by offering a better life to the locals without causing antagonism among them, has undoubtedly given a more effective and sustainable fight than the YPG, which ravaged Raqqa and marked many human rights violations, such as causing forced migration and recruiting child soldiers. In addition, it is evident that the secure zones created by Turkey produced sustainable results for the refugee problem when it is considered that before the civil war, 40,000 people were living in Jarablus, which Turkey liberated. So far, this number has climbed to 60,000.

For the U.S., it is about time to come up with a reasonable and permanent solution in Syria. Otherwise, we will not be able to see stability in Syria for the following decades.

TagsAmerica US us army US government usa