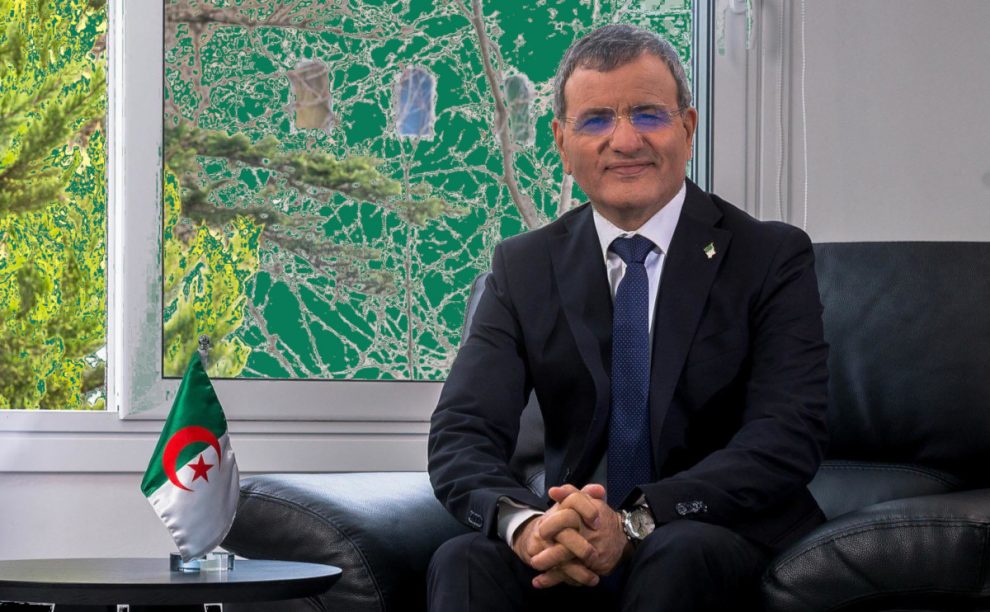 A retired-General who wants to revolutionize Algeria’s political establishment, he has a story to tell, so let history be the judge.

I want to ask retired General Ali Ghediri, former Human Resources Director at the Algerian Defense Ministry, to give one reason why he wants to be President of Algeria? Please, don’t tell me I wrote an essay when I was in primary school; I told my classmates in Cherchell Inter-arms Military Academy and Sciences Po Master peers, one day I will be President of Algeria.

Actually, you will be running against the incumbent President Abdelaziz Bouteflika. So you may say I feel that my country needs me because it is bankrupt morally, politically and economically. Too bad, I do not have a chance to ask, so I decided to write why Algeria should wait to elect an intellectual General like Ali Ghediri when the right time comes.

Algerians have only just discovered General Ali Ghediri and don’t know him well or not at all. His sudden appearance in the media places him in a thorny political context that is gripping the country and has made his candidacy look more like a process of selection than a run for a presidential election. As an elegant General, promoted to the rank in 2000 by President Bouteflika, he is less a rhetorical eloquent, who stood up courageously to the President’s administration and his entourage challenging their justification for okaying a fifth-term for a tired and an ill President. 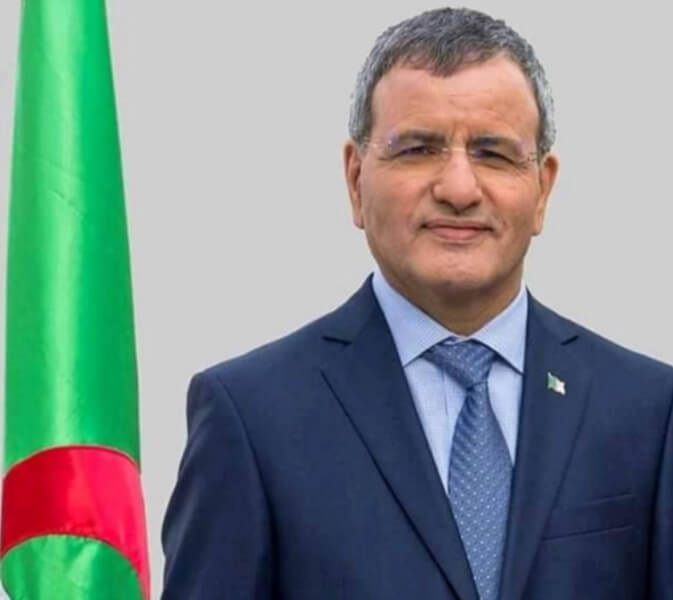 He entered the April, 2019 presidential election race last month, but it’s too late, too early. He is a moderate, non-ideological politician and as he sounds believable, he is not for the republic of parties, because he does not have one. “I do not believe that truth lies on the right, on the left, or in the center,” as he told the widely read al-Khabar newspaper in December, 2018. Members of his campaign are a panache of cocktails from the military, civilian public servants, Human Rights activists, and journalists, all saying that he is going to carry their hope.

His opponents, however, did not hesitate to contain and attack his candidacy, mocking his chances of winning, because at this point he has zero chance of taking the election from a popular incumbent President. Despite all that one hears from the elite and reads in the press and on social media, President Bouteflika is actually well liked within his Presidential alliance, militants’ parties and their masses, the business community, the so-called “Sufi” religious (Zaouïas), and a solid segment of women, even to some extent the feminists — The President’s alliance is a real spicy Algerian dish.

Statistically, the President is credited with 65% of voters, in a race that would reflect a huge percentage in absentia and naturally of fraud in the President’s popular bastions in suburban and rural areas of the country’s large and medium cities. Another handicap harms General Ali Ghediri before the idealist voters and militants cross the political parties’ ideologies and spectrum, because he walked out of the military institution gate, hence his message of “change” comes from the top and not as an outsider like he marketed himself.

Before he officially becomes a candidate, he still needs to gather at least six hundred signatures from individual, locally-elected members or MPs distributed throughout twenty-five Provinces (Wilayas). Or sixty-thousand individual signatures from registered voters on an electoral list, according to the Interior Ministry Candidate Guide. These signatures must be collected through twenty-five Provinces (Wilayas), Algeria has forty-eight Provinces.

General Ali Ghediri and his campaign must work hard for that. Does he have that kind of energy and that convincing tone to persuade the voters? Judging by his communication skills and charisma, no, not yet. It’s going to be a challenge as it was during his military tasks and missions. If he succeeds in getting all the signatures needed and puts his campaign in order, he will certainly be shaking up not only the race, but the system.

People are skeptical about the President’s campaign manager, former Premier Abdelmalek Sellal and his message; they see him as very soft and lacking in character. This is relative by any means in Algeria’s politics and campaign elections. Yet Si-Sellal is the President’s entourage man, and virtually the regime’s variable element in the power’s struggle equation; meanwhile, a large majority of Algerians are not excited at all to accord a fifth-term to President Bouteflika.

Consequently, the Islamists’ parties, at a charming stage with the President’s entourage on one hand and the General’s team on the other, seem to have lost traction with the urban population, who previously voted Islamist in Bouteflika’s reign. However, all considerations aside, an Islamist candidate of the MSP (the Algeria’s Brothers) is trying to make some electoral noise — is this by election banality or political gravity?

Undoubtedly in the world of politics that General Ali Ghediri studied and excelled in with a Ph.D. in Political Science, he could be a bridge builder, he could serve as mediator of the past and future, as he has the force of means and the power of his faith and destiny. He sounds an idealist who wants to revolutionize Algeria’s political establishment. He has a story to tell, so let history be the judge. Once again, not this time. As long as the President is still breathing, no one shall speak. If he were in the United States, his story would have seduced some Americans like General Wesley Clark in the Democratic Party Primary race in 2004.

Somehow both Generals share that international element in their world visions. General Clark for one was born in the U.S., where the system is more open, competitive, and grounded in meritocracy. General Ali Ghediri, nonetheless, was born in Algeria and in this case would not be an ideal candidate for change or political resolutions. Specifically, he does not come from the western region of Algeria as does the inner circle of the President’s entourage.

His birthplace is the city of al-Ouanza on the Algerian-Tunisian border and without a doubt, another handicap that would cause General Ali Ghediri a lot of damage politically (his father of the Chaouï Berber tribe in the Aurès area). Currently, he would suffer from the regional label, although could one argue that this is not true, because former Premier Sellal is from Constantine with a Berber heritage as is Premier Si-H’mad, an “algérois” with Berber (Kabyle) heritage, and both are solid pawns on the regime’s chessboard.

Cynical Algerian voters and journalists see him as a Benflis of 2004 with glasses and a fitted suit. Nevertheless, in terms of world view, he seems close to former President-Colonel Chadli Bendjeddid or President-General Zeroual, and this comparison might shock the anti-Chadli and Zeroual nationalists and liberals. General-President Zeroual wanted to eradicate the radical-Islamists and the remnants of the ex-FIS in 1996, though Colonel-President Chadli shook their hands and left them waiting at the Palace gate in 1991.

Thus he is devoted like all the declared candidates and the President himself in his allegiance to the nation and the state since youth — dear to the FLN and the RND political parties’ militants and opportunists, General Ali Ghediri in his interview to al-Watan a francophone paper in December, 2018 argued that the power struggle lies within the regime’s system that the General knows like his pocket, but only the National Algerian Army, which is unshakable, protects the country from all dangers and ensures serenity and tranquility for the nation (…) “In this regard, the National Army Institution should be noted, whose approach is dictated by its republic and legalistic character, respectful of the constitutional order, hence the military Institution does not intend to interfere in the political debate.” He said.

His life work as a faithful, high-ranking officer and a man of intellect bears the answers the Algerians want from their candidates. Here is an intellectual General, a dreamer, and a romantic visionary, who can answer my question and speak to the Algerian people across the country who hate politics and their politicians.

The alternative in the coming presidential race that the sixty-five-years General Ali Ghediri wants for Algeria, make no mistake about it, is the choice between two visions of the world of politics and power, but not for this time. “A-sabro a’alih chouïa.”