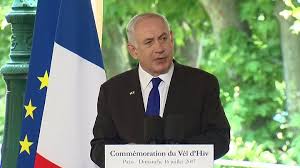 Israeli Prime Minister Benjamin Netanyahu, who, as we say in Turkey, for those asking “How high?” even before you ask them jump, likes to stick his nose into everything, was in euphoria when Kurdistan Regional Government (KRG) President Masoud Barzani insisted on holding a referendum on independence. He did not, for one moment, stop and ask himself how an autonomous region in a unitary country could be independent before seceding from the union first, as the seven southern states had done in 1860 immediately after the election of Abraham Lincoln. They seceded and then formed their independent and sovereign state in confederacy. The lesson we learned then was that you secede first. If the union you were seceding from would allow you, that is. But Bibi, as Masoud and other friends call him emphatically, did not ask such question. His people provided fresh Israeli flags to Masoud’s people to wave during the polls. Yes, some sources reported that he asked to tone down the celebrations of the KRG referendum in Israel later, but even then his eyes were bright as he was addressing the U.S. Congress.

Yet, curious minds could not help themselves and wandered why this independence lover, freedom fighter prime minister of Israel said nothing about the Catalan independence referendum. He had not uttered a word. Not a peep! As if the Catalans had no polling stations, no fights with the Spanish police, nobody was dragged on the streets. Mr. Netanyahu totally ignored the independence referendum in Catalonia. Well let’s be truthful: Netanyahu’s spokesman David Keyes actually uttered the word referendum when he asked reporters to go the Israeli Foreign Ministry and ask their questions there. When reporters did that, all they got from the spokesman was: “We see it as an internal Spanish matter.”

It is not that the Israeli government heard the Catalan independence when they had already held a referendum on it. Three full years ago, then-president of the regional Catalan government, Artur Mas, and the mayor of Barcelona visited Israel with a Catalan business delegation and received a very warm welcome. Then-president Shimon Peres and the finance minister spoke about “Catalonia’s process of building its own state.”

Catalan officials kept saying that Israel and Germany would be key to the initial financing of an independent Catalan state. A Barcelona judge repeated this statement two years ago, but the archives do not have any denial or a request of correction neither from the Israeli nor German governments.

Which reminds us the problem we are having on this issue with Germany. You know, as late as the last week we had press reports about German military equipment being confiscated from PKK terrorists. The PKK has been recognized as terrorist organization by Germany and many German courts delivered verdicts accordingly. Yet, Turkish security forces continue to find brand new German arms and other military equipment in the PKK’s hideouts. On the other hand, the very same German government said, as the drama unfolded in Barcelona, that separatism was not the answer. Oh! Kurdish separatism is not an issue, because, according to many members of the German parliament, Kurdish people are a “stateless nation” and they have all the rights to start an endless war among the Iraqi sects, ethnicities and clans which can easily spread all over the neighboring countries. But Catalans cannot have their independence, because their independence is separatism.

Netanyahu might not like the Catalan people for they had not waved Israeli flags. And perhaps he likes the separatist movements in Iraq because they have the potential to start early the Armageddon that he needs for his plans on Greater Israel.