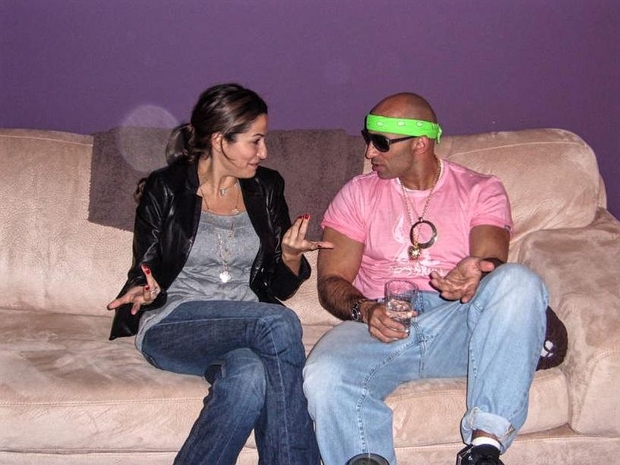 If UAE Ambassador to USA Yousef Al-Otaiba’s emails were not leaked, we would not learn his and his country’s evil deeds. We now know that UAE was involved in Turkey’s July 15 failed coup, Egypt’s successful coup, Yemeni invasion, Palestinian conflict and Libyan war.  Where there are clashes in the Middle East, there is UAE. This country seems to spend all its budget to destabilize neighboring countries.

Before discussing his malicious mail traffic about Qatar, let’s focus a bit on his personality. Again we learn from his leaked messages that he is addictive to night life. Many of his photos taken in pubs were diclosed together with emails. Although he is an admirer of the West, he looks selective in choosing friends. Almost all senders/receivers of his emails are pro-Israil and pro-neocon. There are also pro-stitutes that he meets in night bars.

When we come to his last leaked emails, we see that he responded Elliot Abrams’, a US diplomat, proposal of conqest of Qatar by Jordan as such that Saudi Arabia was already planning to conquer  it during King Abdullah era. Both Al-Otaiba and Abrams think that conquering Qatar will solve all problems in the region. What a solution.  These guys normally complain about proliferation of terrorism in the Middle East. However, as can be seen, they mention about invading a soverign country and make it an emirate of another country.

I am sure that an illeterate camel herder living in desert would propose the same solution if he was asked. I don’t think they grasp that this desert diplomacy is not a solution but a part of the current problem. I also don’t think that policies of blockading countries against Qatar will change since they believe in law of power and rely on their Western allies. Such behaviours  don’t fit brotherhood. Yet, they already prefer distant friends to their close brothers.

While reading leaked emails, I also recalled timing of deployment of Turkish troops to Qatar. Turkey’s move might have stopped the worst scenarios. Turkey well knew that Qatar was the next after its failed coup, so, it showed its solidarity and friendship with Qatar. I am sure that Turkey’s stance won’t change in the future, either.

As for UAE, it is interesting that the Emir has not dismissed controversial ambassador, yet. This means he is happy with ambassador’s diplomatic relations with neocons.  Actually, backing his ambassador is no surprise for us. Nevertheless, ambassador’s actions are ethically and politically unacceptable since one of missions of diplomats is not to arrange Arab nights with ladies.

Finally, UAE should not forget that those friends next to you in good days disappear when there is a state of war, conflict or civil war. Encouragement by foreigners will bring only catastrophe to the region. No neocon likes Arabs. They just distort relations between brothers. Their only goal is to enable Israel a more secure future. They may be right in their logic. Yet, Arab countries must not be a means of their aim and should not fight each other.

May UAE’s attitute change? We will believe it when  Yousef Al-Otaiba is no longer UAE ambassador to United States of America.