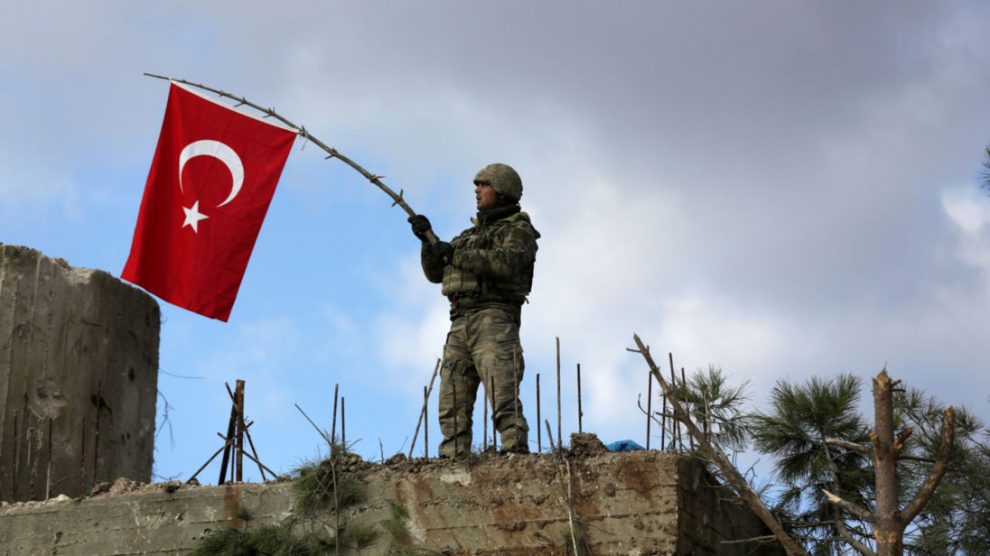 The Afrin Olive Branch operation, which started on January 20, 2018, is ongoing. Operations interest mainly the Republic of Turkey and the people of Afrin region, primarily armed civilians, countries in which they are too far to the region such as America and the countries which are geopolitically neighbours. Thanks to the increase of communication possibilities, the success of the operation is followed by minute-by-minute. So what is the success we say? And what is the situation after 2 weeks from the commencement of the Olive Branch operation? How should we evaluate the success of the operation?

It is best to leave the issue to military experts for sure. However, with the intensive information flow of every civilian who follows the region, a certain analysis possibility has arisen. We are using our right to be involved in this respect to the issue.

It can be evaluated in terms of different point of views. Even if the parties sit at the table and sign the contracts, it may not be possible to identify the winner/defeated parties. We see an example of this in the Lausanne agreement. Although 95 years passed, the Anatolian people who have been affected by the situation at most did not reach a common point in terms of winning and defeating in the agreement. For this reason, the public opinion is gaining importance rather than the defeat of any party.

Although the operation can be evaluated in terms of soil balance, loss of life, economical interaction, migration, political purpose, elapsed time, how does the public opinion perception whose effect will last for years seem?

There are three different public opinion interactions in the operation: Anatolia, Afrin region and 3rd country people. People of the 3 regions can be divided into 3 groups as the ones who are a party to Republic of Turkey, not a party to it and the ones who do not interact with it.

Anatolian Public Opinion: At the beginning of the operation, it was seen clearly that national unity and integrity were not provided due to the lack of intelligence sharing which was not enough in terms of the effect of domestic politics and the salvation of the Operation. There were a lot of messages and ideas that did not support the government carried out the operation, as long as there are attitudes of the main opposition parties and sharing of information of non-governmental organizations. Along with the beginning of the operation, marginal parties that already do not give enough support to the fight against terrorism in the boundaries of the country such as HDP, the formations known to have close comprehension with this party continued their same stance on the Olive Branch Operation.

The stances of such formations, which already do not react openly to the PKK terror, have not been met with astonishment within the country. The formations such as the Turkish Medical Association, the Chamber of Architects, whose activity is known against the government but are expected to be near the state in the country survival struggle gave messages which could be perceived like “Support to the enemies of Republic of Turkey” has caused indignation across the country.

Generally speaking, public opinion surveys have shown that the support to the government, who carried out the Afrin Operation, reached 85%. The absolute amount of the remaining 15% does not belong to Anatolian Kurdish people. Kurdish population of Anatolia, which is about 20, is with the state in many public opinion polls.

Afrin Regional Public Opinion: Some of the civilians in the region, supported and armed by the United States for years, have been militant with the support of foreign intelligence agents and dream of the sovereign Afrin region as a profession and ideally. If we were to leave these people to one side, after Al Bab Operation completed in 2017, the locals who observes changes in that region, continues its kinship relations with Turkey, understands the intentions of the USA and loves the peace, gives messages like being with Turkey in Afrin Operation. This reminds of the last meetings held in Afrin before the execution of Nikolay Ceausescu. As noted in many international publications, it is clear that the United States will longer stay in the region. The forces that are opposed to Republic of Turkey With for the purpose of weapon and prosperity seem to change the ideas automatically when they see this.

In the Afrin Operation, which continues with determination, the case in which YPG armed forces directly target the civilians shows that, the operation will be completed even if there are civilian and military losses. The content of the messages given by the Afrin regional social media accounts has changed at the beginning of the operation.

It seems that the case in which Republic of Turkey brings the peace to Afrin is fateful. One would wish that the region is not armed and the terror is not exported to Anatolia. Today, local people can end this absurd threat made to Turkey.

Republic of Turkey is ready to receive with open arms as of today.

Is Turkey Killing the Civilians in Afrin?
Russia and Turkey: reluctant partners?
Comment