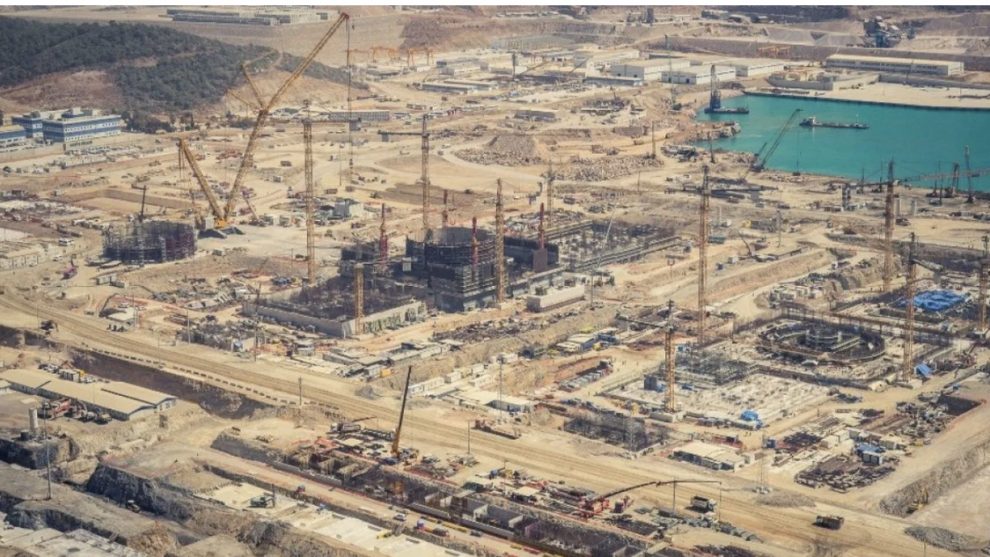 Turkey laid the foundation for the third reactor of its first nuclear power plant Akkuyu in the southern coastal city of Mersin on Wednesday, 10 years after the Fukushima Daiichi nuclear disaster in Japan. The project has come under severe criticism for safety issues from several local and international opponents as Turkey sits on several active fault lines. Is energy-stricken Turkey endangering its safety for an ambitious $22 billion nuclear project and could Akkuyu plant be the next Fukushima of the world?

On March 11th, 2011, the most powerful earthquake ever recorded in Japan struck off the country’s eastern coast.

The 9.0-magnitude quake was so forceful it shifted the Earth off its axis. The Fukushima Daiichi Nuclear Power Plant in the town of Okuma, nearest city to the epicenter of the earthquake, remarkably stood the most powerful earthquake Japan has ever recorded.

Systems at the nuclear plant detected the earthquake and automatically shut down the nuclear reactors. This initial reaction would prove nuclear power incontestable.

But soon after waves over 14 metres high hit the nuclear plant, the water overwhelmed the defensive sea wall, flooding the plant and knocking out the emergency generators.

Tokyo Electric Power Company (TEPCO) , which owns the plant, said that its facility stood up to the quake as it should, but was overwhelmed by the tsunami.

COULD TSUNAMI DAMAGE BE PREVENTED?

Global public sentiment has turned against nuclear energy following the Fukushima Daiichi Nuclear disaster. However, the nuclear disaster was found an operational fault by independent analyses as well as official Japanese investigations.

Carnegie Endowment reported that TEPCO was to blame for the disaster and the damage as well as the nuclear spill could be averted had international best practices and standards been followed.

The plant would have withstood the tsunami had its design previously been upgraded in accordance with state-of-the-art safety approaches -that are being applied to Akkuyu reactors-, according to Carnegie.

An independents investigation set up by Japan’s parliament has also concluded that Fukushima was “a profoundly man-made disaster”, founding the energy company guilty for failing to meet safety requirements or to plan for such an event.

On 9 March 2021, ahead of the 10-year anniversary, a UN report said there had been “no adverse health effects” documented among Fukushima residents directly related to the radiation from the disaster. Any future radiation-related health effects were “unlikely to be discernible”, it said.

IS AKKUYU PRONE TO EARTHQUAKE AND TSUNAMI?

Turkey’s Disasters and Emergency Management Authority (AFAD) has recently published a fault line map of Turkey following a 6.7 magnitude earthquake in eastern city of Elazig in which 41 people died in 2020. AFAD categorized regions in Turkey from 1 to 4 the latter being the least risky, according to active fault lines. The Akkuyu region fell on category 3 which consists risk of modest earthquakes. Experts say Akkuyu region is not likely to face large than 7,0 magnitude earthquake

Akkuyu plant, however, is designed to withstand up to 9 magnitudes on the Richter scale, Sergey Kirienko, Rosatom’s former director general said at the launch ceremony of the Akkuyu project in 2015. The plant is also designed to prevent the spread of the nuclear material in case of any disaster caused by a tsunami, both Kirienko and then-energy minister stated. 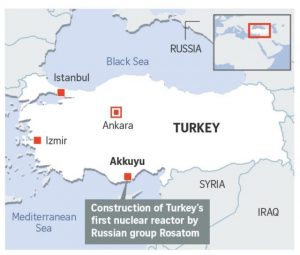 However, experts warn that Turkey’s active fault lines map should be updated once a decade as new fault lines continuously are formed and being in category 3 now may not guarantee no powerful earthquakes for decades to come.