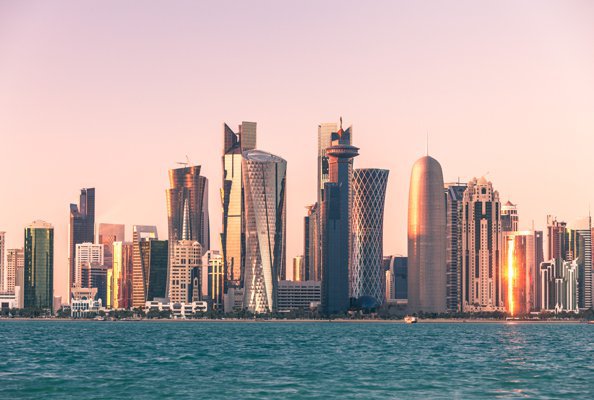 It was literally one year ago when Qatar was blockaded by Saudi Arabia, UAE, Bahrain and Egypt on the basis of no basis  as all allegations were abdurd and non-related to blockading countries. Thanks to Iran and particularly Turkey, four countries’ goals vapoured and disappeared in the air. One-year-blockade has quite a lot of meanings for both sides that must be explained.
First of all, it was reckless since it did not allow Qataris to receive their basic needs like food. Thus, the embargo did not only aim to punish Emir of Qatar who pursues in-dependent  policies but also babies, elders, disableds, immigrants, etc. If friends of Qatar had not given a hand to the peninsula, we would have read news about dying people by starving.
Second, while Qatar is claimed to support some Sunni groups like Hamas and Muslim Brothers (MB), mentioned groups do not threaten regimes of blockading countries except Egypt. However,  MB is a non-violent movement having public support in Egypt. Besides, the group came to power by winning free, fair and democratic elections reflecting will of people. It was Sisi regime that overthrew MB government through a military coup with the backing of Western forces looking for a puppet loyal to them. Therefore, accusing MB or their supporters means ignoring democracy, public will, justice and morality. For sure, Qatar was on the right side in MB case.
Third, Hamas also has public support and defends Palestinian territories against occupying Zionist forces. Israel’s struggle with Hamas can be understandable to some extent as both are at war with each other. Yet, Palestinian partizans, Hamas, have nothing with blockaders, and on the contrary, they expect Arab states to support Palestinian cause. Unfortunately,  it was not Israel but four Arab countries that targeted Hamas and Qatar. In other words, they voluntarily became hitman of  Israel just for appeasing Zionist country and Trump government.
Fourth, all blockading countries have destructive regional policies that harm mainly Muslims. They are involved in ongoing wars in  Yemen, Libya, Palestine and Syria but their only contribution was to ruin concerning countries more and more. If they were successful against Qatar, definitely Gulf region would be worse than its current situation. What is more and shameful is that they don’t mind regional stability and their sole aim is to strenghten their regimes on the account of Arab people. We can say that the conflict is between a small elite with huge passions and poor people with huge numbers.
Finally, Qatar’s existential stance deserves apprecitation and congratulation as it did not bow down to unfair atrocities. Such courage gives us hope about the future of the region. If countries like Qatar surrender, too, the Middle East will be given to foreign powers in golden dishes. In addition, its stance excites those in expectation of a united Muslim world.

Turkey Can Defeat the PKK: The Sri Lankan Model Indicates This is Possible
Turkey Strengthens Energy Security of Europe
Comment