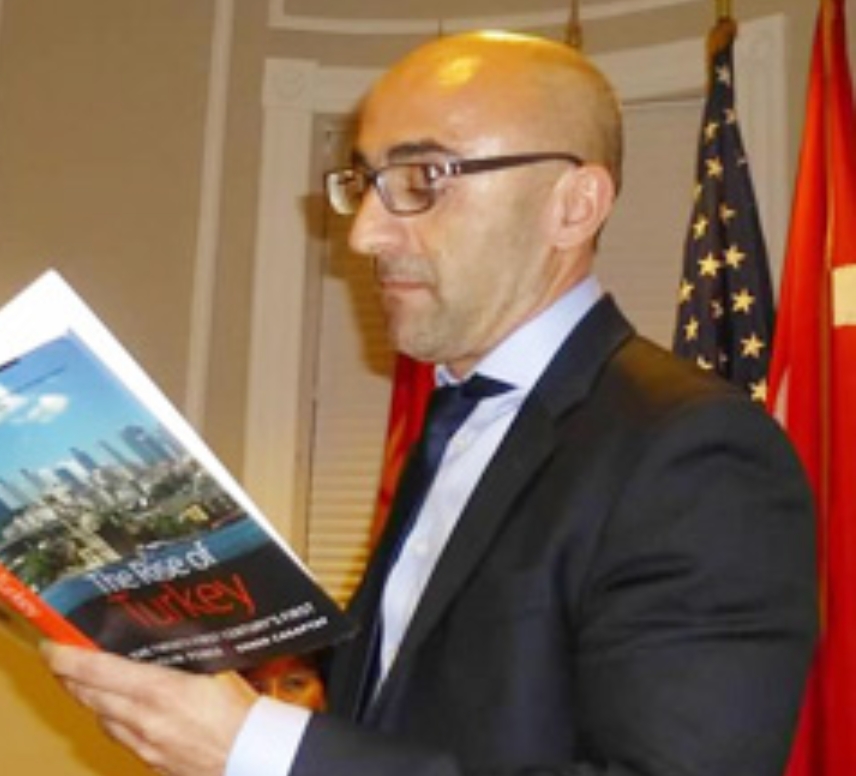 Writing in effective newspapers where his opinions are valued in the Western world, Soner Cagaptay published an article named “Will Turkey Call Early Elections?” in Washington Institute on 11th January 2018. Mr. Cagaptay started to tweet about Salih Muslim who is under custody in a supportive way with the argument he asserted in this article. However, his article is full of major mistakes. We will examine the article in this paper.
Rumours on early election were on the agenda for a while. Soner Cagaptay has always wanted to keep the early election (Leading Election) issue on the agenda since 2017. The most critical mistake in his article is the requirement on adjustment laws for new elections acts through constitutional amendment approved on April, 16 2017 referendum.
What are these?
•7 Articles in Presidential Election Law
•9 Articles in Parliamentary Election Law
•10 Articles in Law on Basic Provisions on Elections and Laws on Electoral Roll
•11 Articles in Political Parties Act
The mandatory provision is available in the final paragraph of Article 67 in the constitution. “Changes in electoral laws cannot be applied in the elections within a year as of the effective date of the changes.”

In any act of election, the legality of the election is very important. Proper application of the election procedure is vital despite the discussions on its timeliness.
Previous discussions Turkey had gone through are much more important than the mandatory provision of the constitution.
The second mistake of Cagaptay is on the continuity of successful Afrin Operation which Turkey carries on with a high sensitiveness on civilians. As the survey conducted by Metropoll via The Center for American Progress shows that this operation is highly supported country-wide. The second crucial result of this survey is that the politics is far below other values on the country’s agenda.
The third important mistake of Cagaptay is that the unity among the grass roots country-wide can influence the success of MHP (Nationalist Movement Party). Although it is not put into words by MHP rule, they feel that making the cut is under the risk. It is a must to eliminate this handicap in order to protect the serious unity created by AK Party (Justice and development party) for the continuation of the country.
The forth mistake by Cagaptay is that there is an increasing political support for Erdoğan within the country.

The fifth mistake of Cagaptay is that the local elections are planned to be done on March and parliamentary and Presidency elections on November 2019 according to the statements seriously made by political power. Considering the fact that the agenda of Turkey focuses on the operation in Afrin, it is not much possible to have the new election law in March which means that it is more probable to have local elections and other two elections together in 2019. The obligation about the longest period, 6, between two possible elections proves the error in Cagaptay’s argument.
Erdoğan’s move on Al-Quds is a very important factor which increases its popularity both in and out of the country. Afrin operation and its successful outcomes had not been started when Cagaptay wrote his article, on January 11. However, it is seen that such success, the risky operation decision, will make the border-security of the country level up. This is on the contrary of Cagaptay’s ideas which claim votes for Erdogan decreases day by day because of these.
Another contradictory prediction by Cagaptay against the reality in the country is that İYİ Party (Good Party) melts grass-roots in MHP. İYİ Party, with an ineffective start and its losers club members, couldn’t find a sufficient place in the country’s agenda. From this perspective, it doesn’t seem true that the grass-roots in MHP can decrease.
Cagaptay identifies Salih Muslim’s internment in Czechia with Abdullah Öcalan. The fact that Czech Republic is in close relation with the USA puzzles the possibility of Muslim’s return.
Of course, we respect for Cagaptay’s predictions. Fast moving political realities may prove Cagaptay right. Our opinion is that the local elections planned to be made on March 2019 “for now” seems to be on November 2019.