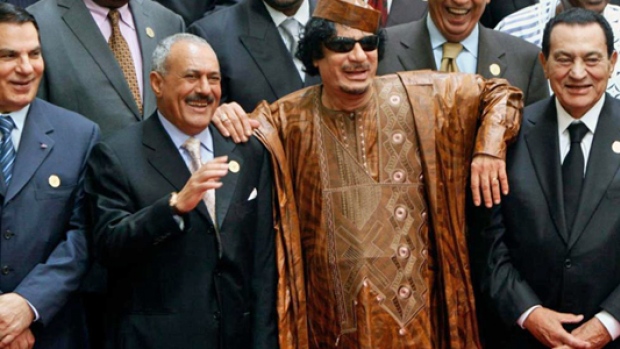 The Arab League met once again in an “extraordinary” summit session to discuss the
issue of al-Quds, an event which has become merely ordinary news in the Arab media
and a piece of qutt or qatt a popular Yemeni plant for the people to chew. Yet another
meeting of invisible leaders, they are lost in the events that are shaping their people’s
and the region’s trajectory perspectives and paradigm imperatives.

Muaʼamar al-Gadafi, who told his counterparts in Damascus Summit in 2010, their
Majesty and Excellency, that Arab leaders might be overthrown and would end up like
Saddam. He went on to say that Arabs hate each other. Well, his wishes came true.
Seemingly happy with the status quo, they have turned a League supposed to resolve
the region’s malaise and ease the people’s socio-economic misery into an ineffective
political podium.

This is a League that has aged as have its leaders, a League that has become a
rehabilitation/reconversion center for ether the semi-retired bureaucrats, who have
served various regimes or an internship center for the regimes’ cronies from which to
launch a “diplomatic career.”

It is a League that does not really have a say on the world stage and is not able to
protect its members’ sovereignty from any foreign aggression. Recently, Syria is such a
case in point with the Russian 2015 invasion, the Saudi and the UAE invasion of Yemen
Iraq a country that was destroyed by an arrogant ideology led by the neo-cons in the
U.S. and cowardly espoused by willfully ignorant regimes in the region.
Consider further the anarchy in Iraq, Syria, Yemen and Libya, destabilizing Lebanon, not
to forget, Somalia and the slice of Sudan.

This week Turkish Foreign Minister during the Munich Security Conference on Sunday
outbid the Arab League Secretary Generalʼs remarks over Turkish military operation in
Afrin, Syria “Olive Branch Operation.” “… You are talking about your system. I hope
your system is strong enough to prevent the leader of one of your member states from
killing at minimum half a million people and the use of chemical weapons…” Minister
Çavuşoğlu, denouncing the Arab Leagueʼs GS response to Ankara direct interference in
the Syrian civil war crisis.

The Western Sahara people have been struggling for autonomy for more than three
decades, and the Palestinian cause continues to be used as a regional and domestic
political speculation tool. President Trump declared the transfer of the U.S. embassy in
Israel from Tel-Aviv to Jerusalem ignoring all the Arab official calls. And now the League
endorses military regimes and stop any ray of hope for the Arab masses and elite.
A quarrelsome, bankrupt private club for Arab regimes that translates their nation’s
malaise, they cannot agree on the basics. Again the Arabs have agreed to disagree.
What about the occupation and the daily massacre of hundreds Palestinians by the
Israeli army and police?

What about the 2017 Ramadhan Qatar diplomatic crisis? When several countries Arab
League members cut off diplomatic relations with Doha and imposing economic
embargo and travel bans including Hadj for the Qataris and expats living in Qatar. The
Saudi-led coalition accused Qatar’s alleged support for terrorism, hosting and financing
al-Jazeera network.

While the majority of Arab League member governments supported the coup in Egypt,
against an elected democratically President hence paradoxically the junta in Egypt. And
now, the so-called pivotal countries are lost between a new strategy or a catastrophic
exit tragedy in the civil war in Libya, Syria and Yemen. This clearly demonstrates a
sense of the irrelevance of the summit’s proposals and resolutions.

The leaders have confused the perception of what it is to organize, to develop or to
create a new framework, with mechanisms that simply continue to revive the rusted-out
League. Although one thought its local walls would have been moved by the Arab
Hurricane’s storm, these leaders are still talking about resolutions that have never been
applied from previous summits. They never hide their personal jealousy, acting like
sisters-in-law in the same household.

Even the Palestinian President, in lieu of taking advantage of this summit to appeal
strongly for help and to make the Arab leaders feel responsible before their nations and
history, went on to criticize Hamas for buying into the so-called Arab “moderate” regimes
and the military paranoia that foster the domestic fear of political Islam and the greater
fear that regionally Hamas and Hezb Allah are proxy agents of Teheran.

The regimes remain divided, some of them still using the lexicons of the 60’s and 70’s,
as if their masses still buy their revolutionaries slogans, the people are daily dying in the
Mediterranean see taking these fragile “boatsʼ death” from the Algerian, Tunisian,
Moroccan and Libyan shores to dock in the French, Spaniard and Italian beeches —
looking for a better life, else where, telling their tyrants: “al-Harga ouala al-Hogra.” More
than three million Syrian refugees/guests are in Turkey waiting for an ultimate salvation
to return home.

Because they continue to follow the calendar they used when they took power when
they were in their 20ʼs. They believe their place in power is eternal, while in reality it
rests in the hands of their Masters.

The League leaders love to speak from their podium about the “Golden Age” of their
nation’s achievements, but so far none has told a story worthy to be read one day from
the golden pages of their nation’s history books.