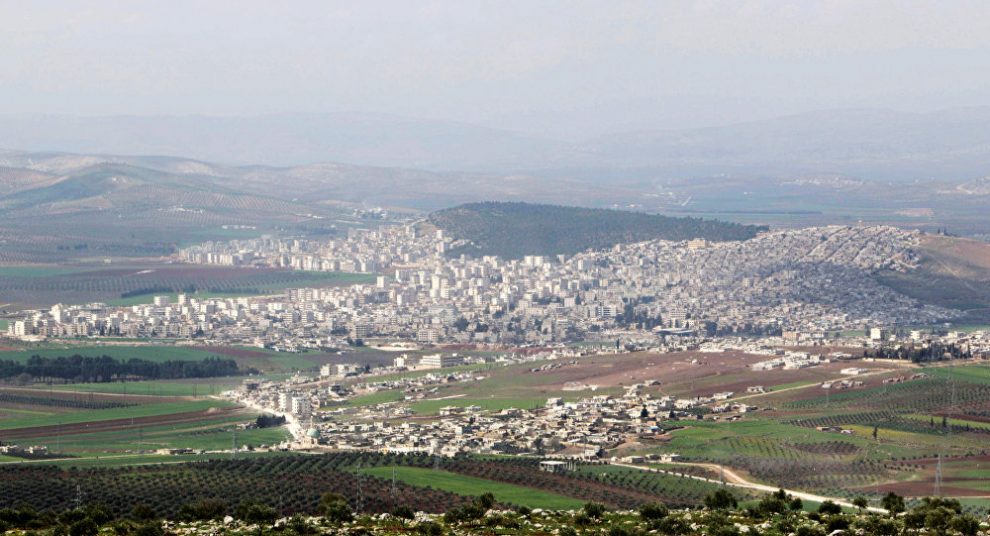 Afrin Operation is something else. Statements differ in the land, on the table, in the street and on the media. There is something beautiful here. My feelings have totally changed about El Bab operation from a perspective of a citizen. Turkish Armed Forces’ action, just a month later the recent coup attempt, functioned just like a dagger that would transform the plan of the area forever actually. It was a troublesome process. All the news on TV coming our homes, tearing our hearts out increased our pain. We never hesitated about the result not even a moment. Even so, a deep pain. What if something happens?

In less than a month over 20th January operation,

And the most important one is the psychological superiority was gained on the media and on the land.

It may be a slow but still a decisive and continous progression. Every inch of the area that is turning into green on the land maps cerates a synergistic action. The perennial military fortification and emplacement were destroyed through point shots.

The activities that Turkish warplanes carry out not through freefall but through smart bombs both protects target citizens and deactivates terrorists with a high percentage.

It can be clearly understood how low is the citizen-affection from the search for information and documentation.

It is for sure that the planning of this outstanding operation going on right now has been made very smartly. As the area turns into green from yellow, it shows that the terror is targeted. This operation which will bring peace and comfort to the south borders of Turkey is not planned to drive the targets into a corner. There are some escape points and conflict-free zones to minimize the citizen casualty. Although such kind of a sweeping operation leads terrorists to take logistic support the citizens’ security is more important.

The images shared by Turkish Armed Forces reflecting the destroyal of observation and control centers of terrorist activities not only boosts the peaceful and comfortable environment in Turkey, but also the uneasiness and anxiety in the countries, that are seen not like a rival but like an ally such as Greece. In one of a Greek strategy magazine says “It is impossible to deal with the techology that Turkey uses” which clearly shows the influence of Zeytin Dalı (Olive Branch) Operation. Sending this message to the world becomes profoundly significant right at the moment while there has been a “Let’s take advabtage of the tough situation that Turkey is in now” mentality around Cyprus and Aegean. However, the only thing they need to do is to accept that olive branch.

The mood in Afrin zone can be analyzed through the social media posts. While there were too many threatening messages before 20th January, now these messages give their place to asking help from the countries like the USA. It is now impossible to see such threat message.

While all these things are going on, the arrival of American Bush aircraft carrier off the coasts of Cretan only reflects the superiority of Turkey and weakness of Pentagon.

Turkish Republic will never step back from this route. Peace and comfort in the souls of Anatolian people are at the highest point than ever before within the history of Turkish Republic.