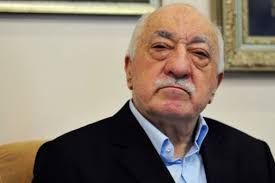 The main problem of some influential Muslim leaders both in Turkey and other countries is related to the concept of power. It is a fact that the Islamic world has lost its power against the West since the 19th century and has not only fallen into a secondary situation, but has also been exposed to the occupation and exploitation of the powerful Westerners. Leaders of Muslim countries founded in the 20th century have exhausted their existing resources by struggling against their local opponent groups and peoples instead of struggling to return to their old days, competing with or fighting against colonial groups. These cruel leaders, when interacted with Western governments, voluntarily admit to be inferior to their counterparts. Moreover, they get closer to the strong (USA, Russia, Israel, Europe,etc.) to ask their help so as to oppress their own communities. Such attitudes have become a characteristic and characterless feature of them.

The community and state leaders we talk about have an attitude of worshiping and surrendering to the strong in order to take advantage of their strength. Sometimes such shameful movements to make pleasant western leaders are seen so exaggerated that even admired leaders get surprised. Have you heard, for example, that the land and houses around Masjid al-Aqsa were purchased by the UAE leader Al Nahyan and given to Israel? Even Netanyahu is surprised that the good intent of the Palestinians is being abused, and the real estate purchased is given to him as a gift. Or, think of Fetullah Gulen, the leader of FETO which attempted a failed coup in 2016. Since the 1980s, opening his worldwide schools to CIA agents and giving Americans confidential information they have gathered from their treacherous members who have infiltrated into the state are signs of being slaves of the power. You can be sure that not America applied to FETO but FETO did to America for collaboration first. Because America is a super power and the person who knocks its door (Fetullah Gulen) wants to use that power to get a supernatural position. In return, he presented his all own facilities to serve American interests. Obviously, if not the US but China, for example, was the superpower of current era, he would have settled not in Pennsylvania but in Shanghai, Beijing or Guangzhou.

Nowadays, Saudi crown prince Muhammad Bin Salman has also gone into the bed with scorpions. UAE leaders had already tried previously. The attempts to transform their weakness into Hercules by applying big powers will continue in the future, too. Nevertheless, like mice escaping from cats to behind legs of lions and challenging from there, such reigns don’t last long and their end is mostly frustrating.

What is more bizarre is that these guys still claim to be pious and leaders of religious communities. Islam orders all Muslims not to give faith to strong men or countries but to Allah the omnipotent. If they still believe that cooperating with big powers serve their interests, they must relinguish their spiritual titles since such behaviours harm Islam.

Turkish-US relations: Is there still a way forward?
US will never learn (neither will The New York Times)
Comment