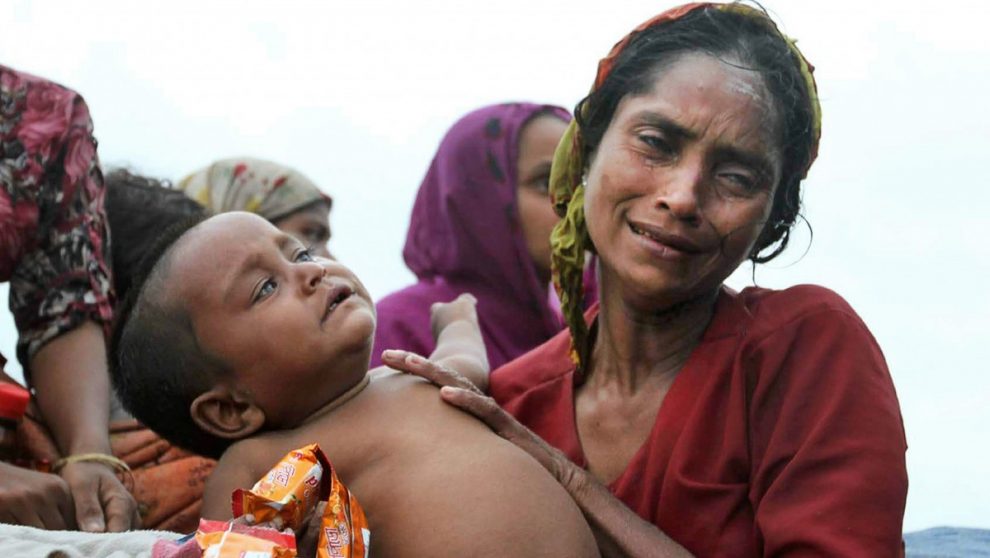 Rakineh state of Myanmar is under oppression of central Myanmar government just because people residing there are Muslims.When I saw heart-breaking torture applied to people of Arakan, I could not find words to explain my feelings. Then I found Pablo Neruda’s prominent poem “The Song of Despair”. Neruda defined brutality so good that as if he lived in Arakan. Since his poem reflects my own emotions, I am gonna stop here and let Neruda narrate our feelings with his poem.

The Song of Despair

The memory of you emerges from the night around me.

The river mingles its stubborn lament with the sea.

It is the hour of departure, oh deserted one!

Cold flower heads are raining over my heart. 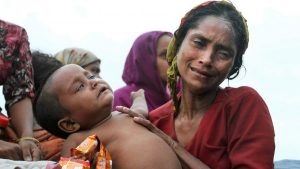 Oh pit of debris, fierce cave of the shipwrecked.

In you the wars and the flights accumulated.

From you the wings of the song birds rose.

It was the happy hour of assault and the kiss.

The hour of the spell that blazed like a lighthouse.

turbulent drunkenness of love, in you everything sank!

In the childhood of mist my soul, winged and wounded.

Lost discoverer, in you everything sank!

You girdled sorrow, you clung to desire, 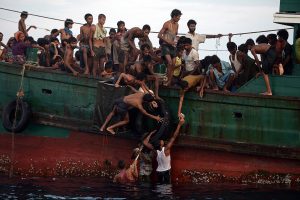 sadness stunned you, in you everything sank!

I made the wall of shadow draw back,

beyond desire and act, I walked on.

Oh flesh, my own flesh, woman whom I loved and lost,

I summon you in the moist hour, I raise my song to you.

and the infinite oblivion shattered you like a jar. 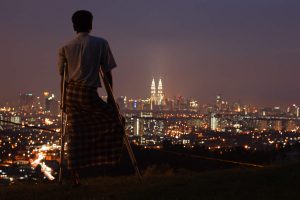 There was the black solitude of the islands,

and there, woman of love, your arms took me in.

There were thirst and hunger, and you were the fruit.

There were grief and the ruins, and you were the miracle.

Ah woman, I do not know how you could contain me

in the earth of your soul, in the cross of your arms!

How terrible and brief was my desire of you!

How difficult and drunken, how tensed and avid. 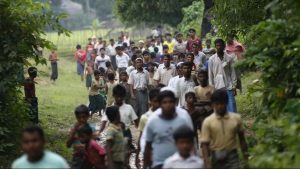 Cemetery of kisses, there is still fire in your tombs,

still the fruited boughs burn, pecked at by birds.

Oh the mad coupling of hope and force

in which we merged and despaired.

And the tenderness, light as water and as flour.

And the word scarcely begun on the lips.

This was my destiny and in it was the voyage of my longing,

and in it my longing fell, in you everything sank!

Oh pit of debris, everything fell into you,

From billow to billow you still called and sang.

Standing like a sailor in the prow of a vessel.

You still flowered in songs, you still broke in currents.

lost discoverer, in you everything sank!

It is the hour of departure, the hard cold hour

which the night fastens to all the timetables.

The rustling belt of the sea girdles the shore.

Only the tremulous shadow twists in my hands.

It is the hour of departure. Oh abandoned one.

Arakan; A region left to be massacred
The untold truth about Erdogan and the rise of Turkey
Comment