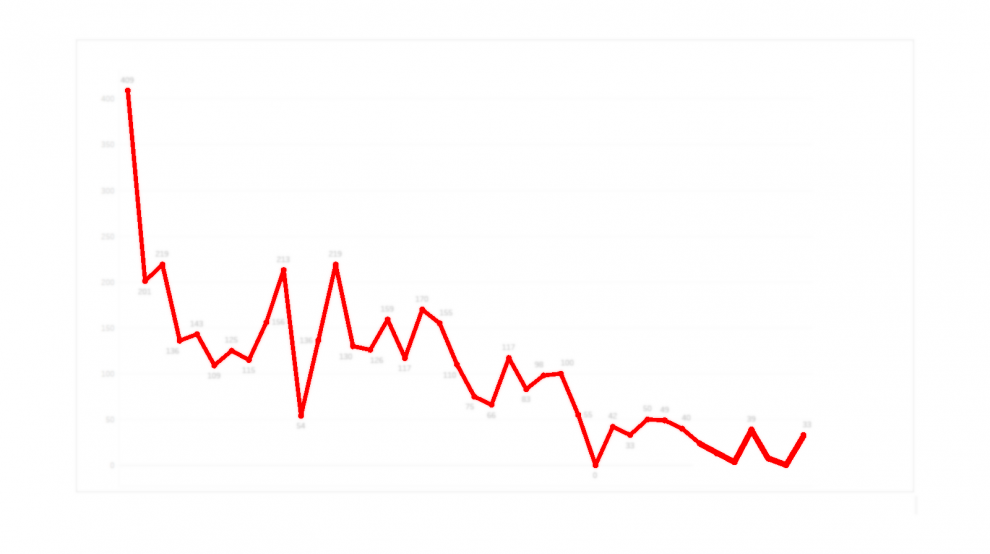 Turkey’s impressive coronavirus fight has long taken a down turn and steady decrease of the figures suggest that the country’s daily infection figure will soon go under one thousand mark.

Turkish Foreign Minister Fahrettin Koca posted the latest coronavirus figures on Twitter as he has been doing so for more that a couple months. The latest figures in Turkey has long ago showed that the country hit the plateau thanks to its early strict measures.

April 11th figures has riveted the fact that Turkey’s decreasing figures are not going back up despite substantial number of daily tests being conducted.

Turkey reported 1,114 new infections on Monday out of 32,722 new tests in the past 24 hours which put the test-infection ratio at 3,4 percent lowest figure after Ankara increased its daily test capacity over 10 thousand per day. Turkey also reported 55 deaths on Monday after suffering 47 on Sunday. However, steady decrease of intensive care unit numbers also herald that the number of death will also keep dropping in the upcoming days. Turkey also has 2,7 percent death rate much lower than its European peers.

Turkish government has announced the easing of coronavirus restrictions as of April 11th. Shopping malls, barber shops and some other non-essential business opened its doors after being shot for almost two months. Leisure business and worship places, however, still remain closed. The government had also announced a roadmap on phases of further easing restrictions which predicts full normalization at the beginning of 2021.