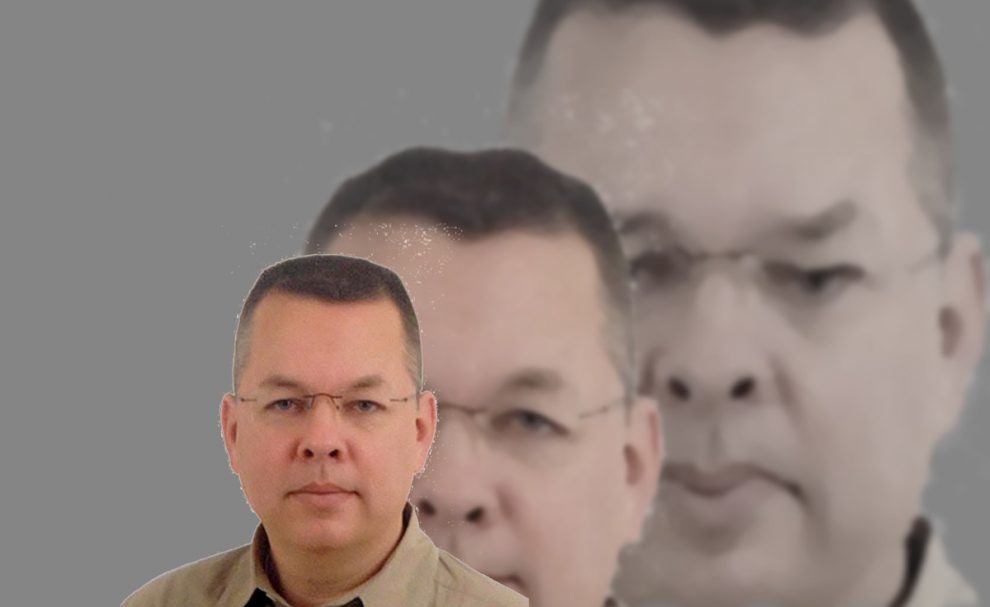 Andrew Brunson was arrested on December 9, 2016. It happened 4.5 months after a coup attempt.

The coup attempt of July 15, 2016 was attempted by US based Fethullah Terrorist Organization (FETÖ). This coup attempt which nobody regarded as possible, caused the games played in Turkey to come to light and showed that it should be struggled against seriously.

Turkey’s great struggle against FETÖ pushed to investigate the wolves in sheep’s clothing. Serious investigations have proven that the terrorist organization is deeper than it was supposed to be. Coming the intercommunication networks to light led to the return of the trap that they had established to themselves. The internal and secret communication network called ByLock gave the list of criminals nearly an ordered list. When the movement area of these criminals was scanned, it was found that they coincided with Brunson hundreds of times.

Like the ditch cases in which the old terror calamity PKK acted as a pawn, timing of every incident which requires a global plan, it was determined that one of Priest Brunson’s every 7 phone conversation gave the signal just at the time and place of the incident. Since the frequency cannot be explained by the coincidence, as it is in the struggle for the controlling of 150 years Anatolian geography, it has brought to mind that religious freedom is a good mask in the region where it has complete religious freedom.

The cross-examination, the secret/clear witnesses, revealed a strong suspicion that the purpose of Priest Brunson could be beyond a religious structure.

Brunson, just like Trump and his team, is an evangelist.

The existence of initiatives to wipe Brunson out also means that the Priest cannot be as innocent as Pence said,

it needs to be investigated deeper,

it is an evidence that will even bring the suspicion to the mind of an ordinary citizen.

Brunson has not been declared guilty. He was put under house arrest due to health problems. The investigation is ongoing.

Every prisoner in jail is not declared accused. Brunson can be acquitted too.

He will be free if the guilt cannot be proven.

Brunson and the American administration must trust the Turkish justice and wait for the verdict.

For an upcoming American election, abusing an ecclesiastics should disturb sincere evangelists the most.

If Brunson is truthful, he should not allow other people to use him.

If he is a good Christian and wants to attract the Turkish people to his own religion, he must submit himself to the Turkish justice.

If he is honest, the truth will be revealed sooner or later and he should move away from Trump’s team.