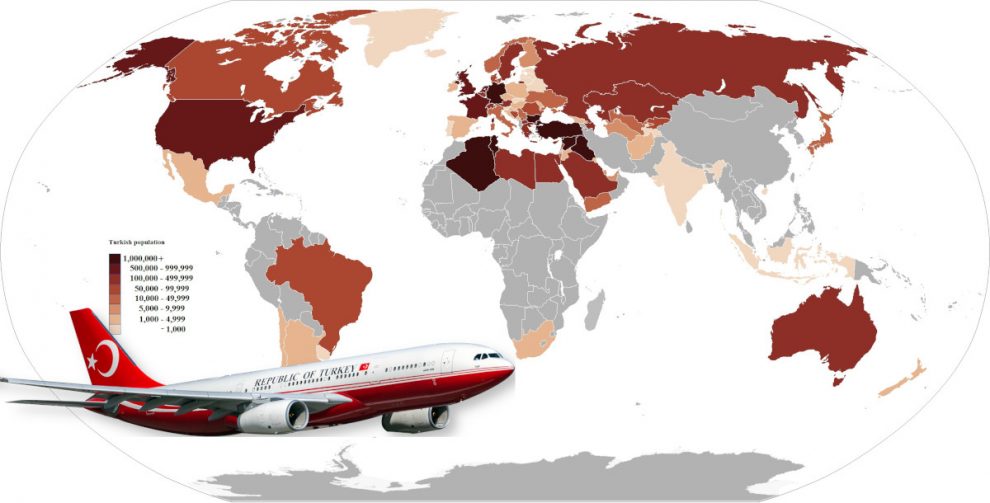 Turkish President Recep Tayyip Erdogan calls on Turkish diaspora to unite in order to be stronger and says one of the reasons why the European countries find the courage to misbehave against Turks is the divisions among our diaspora.

“The reason why much smaller other diasporas being stronger and more effective than our diaspora is because they are united. The reason why how some European countries find courage to insult our country is the division among our diaspora,” said Erdogan to a crowd of over 10 thousand who seemed rejuvenated despite most of them being self-deprived of food and water because of the month of Ramadan.

Turkish President’s visit to Sarajevo was most likely the most covered event following the Bosnian war. Television crews from all over the Europe were present in the Bosnian capital to witness the historic speech of Erdogan. The European countries had earlier announced that they wont allow election meetings of Turkish politicians after Erdogan announced early elections to be held on June 24th. So Erdogan decided to hold a meeting in Sarajevo for which over 10 thousand people poured into the Balkan country from abroad.

“By embracing us here today, Bosnia proved that it is a much better democracy that those of western Europe,” said Turkish president. European countries, however, imposed the election propaganda ban only on Ak Party officials said Asiye Bilgin on her column in a Turkish daily. According to Bilgin, many politicians from opposition parties have appeared in election propaganda gatherings in European countries.

Erdogan also called on Turkish diaspora to teach their kids their native tongue properly while trying to receive the best education possible in their respective countries.

Turkish elections are to be held on June 24th but the diaspora voting to take place between June 9th and 17th. There are around 1.5 million eligible voters in diaspora which makes it the fourth biggest electoral region.

‘Netanyahu’s finest hour’
Why does Erdoğan consider the UK a friend?
Comment