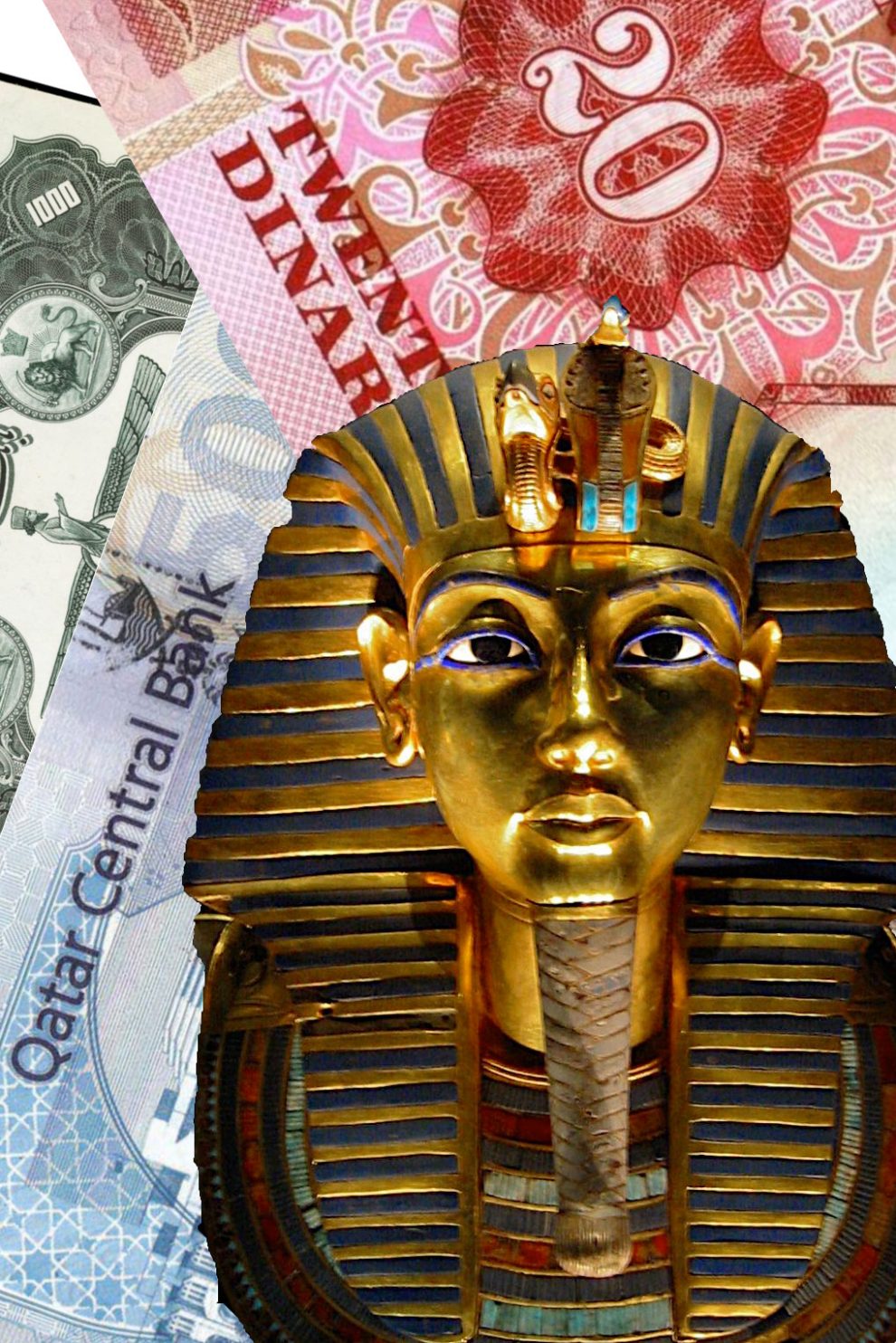 When one travels to the Middle East, he unconsciously leaves his home, family and friends to explore a mosaic world. Besides all the geopolitical turmoil and political instability that these countries are facing, people worldwide are still curious to discover this complex and exotic culture much like innocent citizen reporters or first-hand witnesses from the field about what’s really going on in MENA.

Travel agencies are encouraging tourists to travel regardless of security warrants from the State Department in Washington, D.C. and Quai d’Orsay in Paris. As viewed from here in Paris, Tunisia, Morocco and Egypt are the most attractive MENA destinations in terms of low cost and “good deal” opportunities — Algeria is the exception, it is not on any marketing brochures, despite the gorgeous Sahara, majestic mountains, long beaches and delicious food.

According to a Parisian tourist agency director: “We have been trying to create communication channels to promote our destination to Algeria, but we still don’t understand the Algerian authorities’ attitude and policy on the sector…” Apparently tourism is not a big deal, as long as the oil revenue keeps flooding the State’s safe boxes. Yet Arabs are known for their kindness and hospitality, so they open their arms and hearts eager to meet foreign tourists, notably Westerners who also like to experience new linguistic and cultural challenges. Nonetheless, no matter how one views the local people’s warmth — life on a daily basis rhymes with an odd social behavior.

The question of money and how to spend it in the local markets, restaurants, museums and virtually even hair-dressers (for men) looms in the tourist’s mind. And how are they going to spend their money — in a manner of elegance or annoyance? Like tipping and bargaining.

These social and cultural customs in the Arab countries are more confusing to Western tourists than basic tipping in the U.S. or France. Bargaining is off the table, the prices are clear and explicit. To most Western tourists these services are normal, like adding sales tax to the bill, but in the Middle East, however, the question of tipping and bargaining can turn into paranoia.

For instance, tipping in Arab countries has become a real social anxiety. It varies from country to country, unlike in the U.S. and France, where tipping is considered a gesture of appreciation for the quality of the service offered by a waiter. The general rule for waiters is to tip 15 to 20% of the pre-tax bill, in France it is question of “art and manner” as the tip is included in the prix-fixe carte.

During my recent trip to Egypt, I noted that tipping and bargaining are a serious society phenomena and a survival issue for the locals because of the high cost of living that contributes to the socioeconomic misery. Hence they become “tourist hunters.” I discussed this million-dollar question with locals about how, when and to whom one should give or not give?

The tip has to be in foreign currency Euro or Dollar, small change is not welcomed!

Western tourists (Europeans and Americans) and Asians look at it philosophically, as a manifestation of generosity, whereas Arab tourists look at it first as a robbery of Western victims. Djamel from Algeria argues, “I feel a sense of harassment and vexation to bargain and leave a tip to tourist guides, worse when they set the percentage of how much to give? Then one has to bargain about anything, even for a bus ticket and a taxi ride rate. Frankly this drives me nuts, and makes me think never travel to any poor country.”

Djamel continues, “there is a difference between tipping housekeepers, waiters, a taxi-driver if he gives you a reasonable ride rate, but a tourist guide whose salary is exponentially higher than a physician’s salary in France! Djamel prefers to help the cook, the waiter and the housekeeping crew in order to finalize their month. Spending in this manner, it is a Sadaqa (Islamic charity) as Mounia from Morocco put it.

Basically known in the U.S. as a tip, in France pour-boire, in Algeria Kahwa (coffee), in Egypt Bakhshesh. Thus in Arab countries one would experience surprisingly few opportunities in the streets for this religious and humanitarian action of bakhshesh. Indeed Westerners and foreign Arab/Muslim tourists are helping those of little income in museums or local workers in restaurants and the hotel industry embarrassed about their meagre income.

Later in my discussion on the tipping and bargaining issue in Egypt, I was told by a local in Luxor’s “City Souk” that this habit is originally a colonial one that came from the British and later spread through the local Egyptian yuppy social class like a lotus plant in the so-called lower Egypt. Mohammed, a papyrus shopkeeper and vendor noted that Western women are more generous than Arab women tourists, the latter are tough bargainers. A long discussion continued at “Oum Kalthoum Café” with a lovely Egyptian coffee about giving a tip and how to bargain for a win-win price. Jeanette from France said, “I feel empathy with the poor men and children, so I give to them if it makes a difference.” As for the bargaining Farida from Algeria finds it unfair and dishonest because, according to her experience, the merchants are robbing you anyway, and one merchant told her, “we have two prices, one for the Arabs and another for the Westerners…” She
didn’t pay what she was told at the end of the purchase, because “we all pay the same price” with a hypocritical smile.

During this discussion the question of children and poverty were on the menu. In Luxor, as in Aswan, children are begging for a Euro or a Dollar, and child labor is apparent. According to one tourist guide, these children go to school in the morning because of the hot weather and “work” in the touristy areas in the afternoon to late evening selling cheap Egyptian souvenirs — they seem vulnerable and unprotected as the road to lower Egypt is not on the Nile’s trajectory and horizon.

Like one shopper in Aswan put it “we believed in a ray of hope and better life after the fall of the tyrant Mubarak in the ‘January, 2011 Revolution’, but as a result we are living with a slumbering Egyptian nightmare.”

But the mentality of tipping, bargaining and begging is to some extent in Arab countries’ souks and streets a local national sport. As Zina, a French-Algerian put it who had visited Jordan before Egypt, she viewed it from the cultural point in Jordan where people are not intrusive and less invading. “In Jordan the norms are like in France if you give a tip it’s fine, but you are not obliged, people give if they feel they want to.”

I also found that exchanging currency in Egypt is extraordinary in a police State. the State is absent in this matter, and one can change Euro or USD with vendors who take foreign currency even for a bag of spices, making the rate of the Egyptian pound comparable to the rate of the black market, which is blessed bread for the tourist: 1 Euro=20 EGP.

There is a government set exchange rate, and no exchange fees, so one could change as little as Euro 20 at a time in a hotel’s boutiques. In fact, the Egyptian banks in Aswan are empty and tellers wait impatiently for foreigners to come and exchange their money and few words in French or in English to allow them to travel without leaving their window seats.

The problem of having Euro coin arises, if Euro 2 can be eliminated, if you want to change into EGP, but shoppers don’t take it because they cannot change it at the Bank! All this is happening before the eyes of the police and security guards.

Undoubtedly the country’s tourist policy has faced a dire situation since the fall of Mubarak, followed by the July, 2013 military coup against the first democratically elected President Dr. Mohammed Morsi who is seen by the tourist business community and General a-Sissi regime sympathizers and propagandists as the “terrorist” organization’s President in reference to the Brothers.

Things haven’t gotten any better ever since for Egyptians, the State is showing incompetency and high corruption (part of the Bakhshesh too) at every level of the system that is soaring the government public policies, education, unemployment, healthcare and housing — add to that food subsidies. Monthly salary of an Egyptian is around 800 EGP = Euro 40. Minimum wage is 1200 EGP. The government’s bet on tourism has failed and has been declining by 40% yearly so the devaluation of EGP has fallen by 50% since 2011.

Spending money while traveling abroad is always a complicated exercise, though keeping small change and single bills in the wallet can provide for a generous gesture. Whether a baksheesh, a kahwa or sadaqa, put a Dollar bill in Starbucks’ tip jar for a tall coffee and two muffins or leave Euro 20 for housekeepers in an Egyptian hotel, call it a tip, I call it Sadaqa, just doesn’t make me feel robbed.

Islamophobia and move towards authoritarianism
Syria is being struck, but the aim is to siege Turkey
Comment